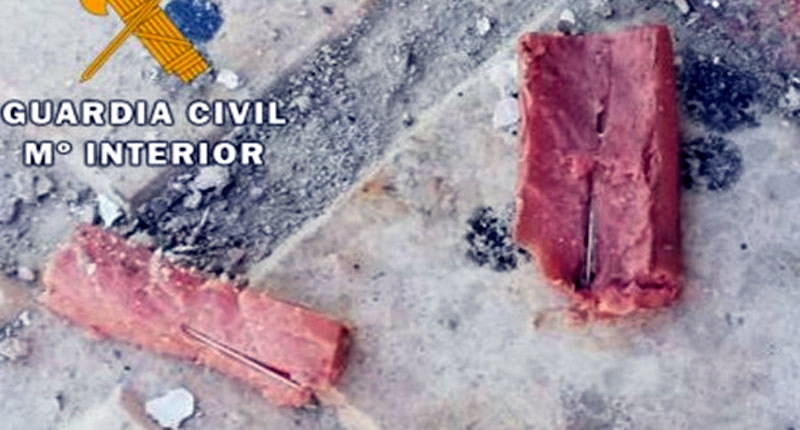 A Jaen man is facing jail after the Environmental Prosecutor’s Office asked for a prison sentence of ten months for a 66-year-old resident of the municipality of Torredonjimeno, who stands accused of a continuing crime of unjustified abuse of domestic animals, with the intention of causing their death, by allegedly leaving food with nails and pins in pet walking areas.

In its provisional qualification letter – which has been seen by Europa Press – the Public Ministry claims that between the months of April and October 2020, the accused man, on several occasions, left pieces of sausage both at the door of his garage, and in the containers located in front of it, in which he had inserted pins, needles or tips, so that dogs and animals could eat them and die as a result of ingestion.

Also, the Prosecutor’s Office emphasised, the purpose was to cause the death of the companion dogs that walked through the place with their owners, and any other animal that passed through the same area, adding that although it did not achieve its purpose, it did cause damage to two dogs that ate the sausages, and that required veterinary assistance, although the owners have not reported the man for what happened.

In addition to the ten months in prison, the Prosecutor’s Office requests that the payment of the case costs, plus a two-year ban are imposed on the man either owning any animals, or being involved with any profession or trade associated with them.

The man was first investigated at the beginning of October 2020 when a resident of Torredonjimeno informed the Guardia Civil that in an area where the residents of the town usually walk their pets, they had seen pieces of meat with nails, points and pins in it.

As a result, officers verified that in an area near an olive grove, a few metres from the urban center of Torredonjimeno, they had found various pieces of sausages containing nails and pins, dumped in the field, and even placed on the pavement, and next to the recycling bins, and that at the time, the alleged perpetrator had been spotted as he left the baits, leaving the location on a moped.

His actions leave the Jaen man facing jail, and a trial is due to be held in the criminal courts of Jaen, but there is no date fixed as yet, as reported by sevilla.abc.es.