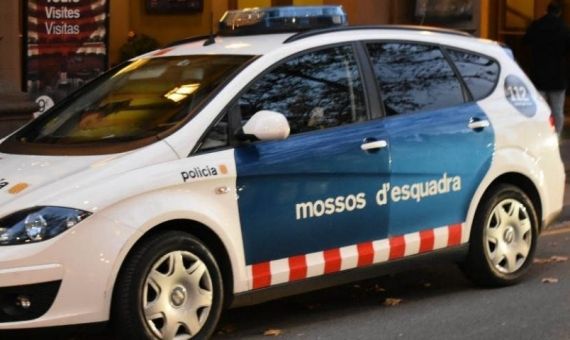 Mossos officers have dismantled a criminal group that specialised in scamming the elderly, operating in Barcelona and Turavia, posing as members of an NGO that helps disabled people, presenting unsuspecting victims with a folder in which to collect their signatures, and then gathering their credit card details under the pretext of asking for a donation.

Investigations resulted in the Mossos arrest of five members of this criminal gang, known to consist of twelve people, have been arrested – two of whom are minors – allegedly accumulating 140 records between them for similar events, to which the investigators have attributed 46 events since the end of 2020, reportedly scamming more than €26,000 through fraudulent purchases made with the victims’ credit card details.

Officers from the Generalitat-Mosso D´Esquadra of the Investigation Unit of the Horta-Guinardó police station launched an investigation after receiving numerous complaints from victims in October 2020 – mostly vulnerable elderly people – complaining that they had received fraudulent charges for online purchases on their credit cards, cards that they had not lost, nor had been stolen, and that in no way were the cards used to make purchases on the internet.

More than 500 fraudulent transactions were investigated that had been made in online establishments carried out with the victims’ cards, dating from September 2020 to April 2021, and after a painstaking six-month investigation, during which officers set up a surveillance operation to monitor the gang, it was established that the perpetrators were the gang operating on the street under the pretence of being NGO workers.

These fake NGO workers were mainly young girls, who would approach elderly people in public places pretending to be collecting signatures to raise donations to purchase a wheelchair for the disabled or to build a ramp in a museum for the disabled to be able to use the facility.

Once the victim agreed to sign, they were then asked to verify their signature with their credit card, at which point the scammers took advantage of the victim’s distraction to copy the card details, and then another section of the gang would immediately take advantage of the credit card data obtained to make massive purchases on the internet until the card was blocked.

All of the products bought fraudulently were sent to the addresses located in the town of Badalona, where the members of the investigated criminal group resided, and the investigating officers have said further arrests are not being ruled out, as reported by h50.es.