Netflix scouts Spain for more locations for The Crown 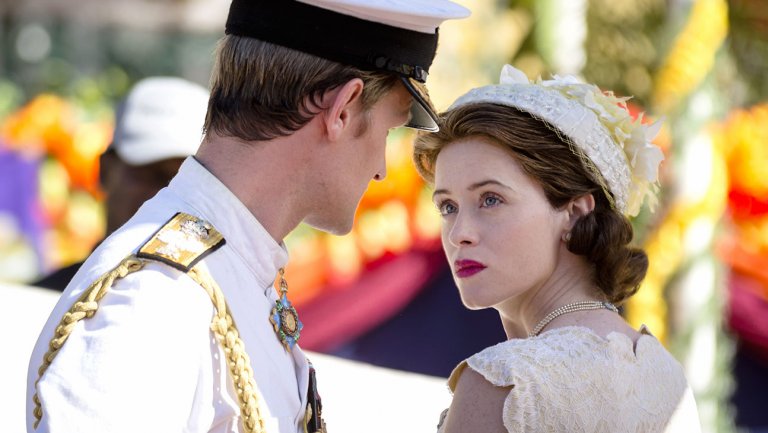 Netflix is scouting for more filming locations for The Crown after shooting key scenes for the series in various parts of Andalucia.
Netflix has been scouting locations for The Crown including in Sevilla, Spanish daily newspaper ABC reports.
The Crown, which costs $13 million to produce per episode, kicked off in 2016 with Claire Foy starring as a young Princess Elizabeth. Seasons three and four fast forward in time to Prince Charles’ early years and ill-fated marriage to Diana Spencer.
In 2019 it moved filming to Spain taking advantage of Andalucia’s varied landscapes to stand in for Australia, Greece, and even parts of America.
The area around Tabernas in Almeria was the setting for Charles and Diana’s getaway weekend in rural Australia during a gruelling tour of the country. El Toyo, also in Almeria, was used to stage shots of Brisbane airport. The Palacio de Congresos in Torremolinos made a convincing Los Angeles Airport.
Sotogrande and several towns in Cadiz were also used as locations for Princess Margaret’s tour of America in 1965.
In Jerez, the Finca La Penuela was used as a set for homes in America and the Convent of Santo Domingo set the stage for Prince Philip’s mother’s time in Greece.
The Crown season three starred Olivia Colman as Elizabeth, along with main cast members Tobias Menzies as Prince Philip and Helena Bonham Carter as Princess Margaret. It also introduced Josh O’Connor and Emerald Fennell as Prince Charles and Camilla Shand. In season four, Emma Corrin debuted as Princess Diana and Gillian Anderson as Prime Minister Margaret Thatcher.
The next series of The Crown will feature Princess Diana’s game-changing interview with Martin Bashir.
A source close to the successful TV show told The Telegraph the scripts were prepared last year and will not be changed now even after the Dyson Report published this month found the 1995 interview to be the result of “dishonest” and “deceitful” tactics from Bashir.
“The team were doing the most incredible research and they’ve got it all in there: the build up to the interview, how Bashir effectively groomed Diana, the interview itself, and the aftermath are all factored in over more than one episode,” the source said.
Prince William has said he hopes the interview will never be aired again as it had destroyed his parents’ marriage. He said he felt “indescribable sadness” that the interview had left his mother feeling “fear, paranoia and isolation” in the years before her tragic death.
Princess Diana’s brother, Earl Spencer, said the interview was extremely damaging to his sister and that Bashir’s manipulation had left her devastated and able to trust people around her.
A royal source told the Daily Mail, “If there are any plans to continue to commercialise and exploit this, not just by the BBC but by any other outlets – upcoming episodes of The Crown, or whoever it might be – that would be of deep concern to him.”