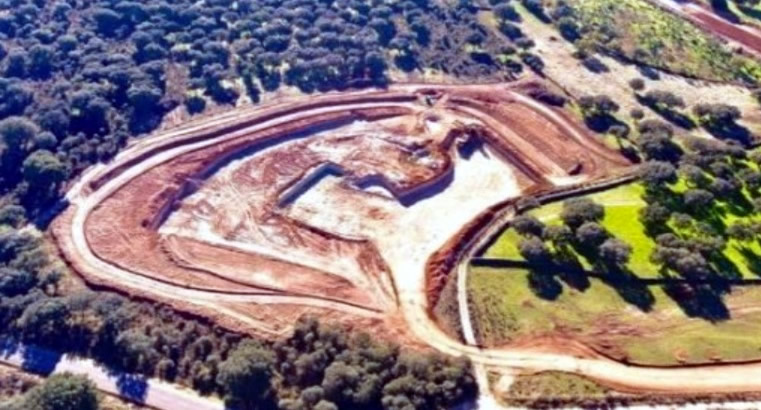 The Nuclear Safety Council (CSN) has today, Monday 12, issued a negative report to the request for a construction permit for the uranium mine project, and mineral processing plant that the Berkeley company has been trying to open for more than a decade in the Salamanca municipality of Retortillo.

With this pronouncement, it is impossible for the Ministry for Ecological Transition to grant authorisation for this vital part of the controversial mining exploitation, since the opinion of the CSN is binding.

The five members of the CSN are appointed by the Congress of Deputies, and they reportedly vetoed the permit to build the plant on their understanding that there are risks with the treatment and storage of the radioactive waste that would be generated during uranium processing, and whose management would be subsequently left as an inheritance to future generations.

The Berkeley Company’s intention was allegedly to bury this waste in two of the pits in the ground that are cut into an open pit to extract the ore, which, in practice, means creating a radioactive waste warehouse in the lands of this small Salamanca municipality.

A majority decision by the CSN plenary session was that there are enough doubts – fundamentally, those referring to the hydrogeology of the area, and the possible leaks of dangerous substances into the aquifers – not to grant authorisation for the construction of the plant.

According to sources from this supervisory body, as revealed to El Pais, only one member, Javier Dies, rejected the majority opinion of his colleagues, advocating supporting the granting of the authorisation, who reportedly affirmed that he plans to draft a private vote.

The negative vote of the majority of the directors has been reinforced by the report drawn up on the project by the technical body of the CSN, which has been analysing all the documentation for more than five years, whose staff had submitted an unfavorable “technical opinion proposal” to the plenary session.

Retortillo mine, and the project surrounding it, has divided the population of this municipality of around 200 inhabitants and the entire region, as despite not having all the permits, Berkeley has carried out several clearings in recent years, which have involved the removal of hundreds of oaks, as well as creating a large pond, and the company even started a road whose construction is now paralysed.