The eight Malaga beaches that are adapted for dogs 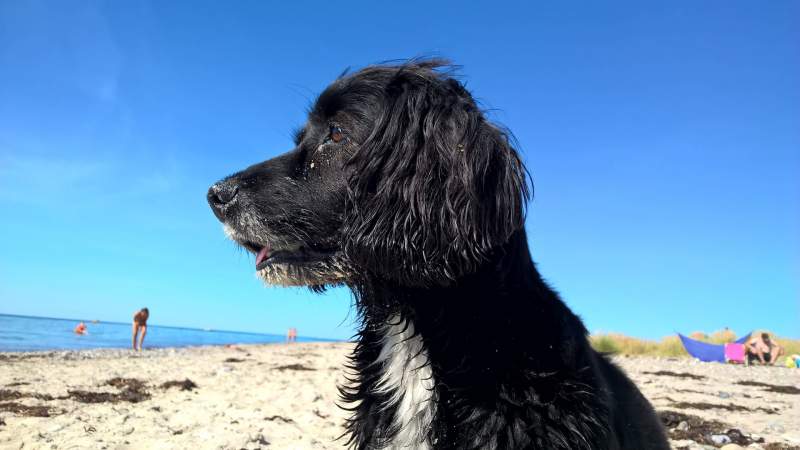 THE eight Malaga beaches that are adapted for dogs. Malaga is the Andalucian province with the most beaches adapted for dogs. In total, there are eight areas enabled for pets and some of them are located in Fuengirola, Casares and Marbella. However, it must be remembered that only two of these beaches have the official authorization of the Junta de Andalucia which are Arroyo de Totalan beach and Torre del Mar beach, as in 2015 it restricted some of these areas.

1. Playa del Castillo – Fuengirola
It is one of the best-rated dog-friendly beaches in the province. It is located less than ten minutes by car from the city centre and is small in size, but has fine sand.
2. Playa del Piedra Paloma – Casares
The beach is located to the west by the Torre de la Sal and to the east by Piedra Paloma. The area is quiet and made of stones and sand. Up until recently, it was in a semi-natural state since there was no type of building or any type of service was provided. However, a beach bar has recently been built.
3. Playa El Pinillo – Marbella
The pet-friendly area is located on the outskirts of the city. It is 1.5 km long and is available from March to September. It is an area with little traffic, which is why it was decided to adapt it for dogs.
4. Playa de Arroyo de Totalan – Totalan
It is a pebble beach located next to the cement factory between the city of Malaga and Cala del Moral, next to the mouth of the Arroyo de Totalan. It has the official authorization of the Junta de Andalucia since it is a cove with many stones and it is not visited by many people, for this reason, the authorization for pets was arranged.
5. Playa de Torre del Mar – Velez-Malaga
The beach is a space of 4,000 m (2) available to take your pet in Torre del Mar, located in the Mortero section, near the mouth of the Rio Velez. Many users refer to this beach for dogs as the best in Andalucia. The reason is its area is equipped with a dog park and is available throughout the entire year.
6. Playa de Torrox – Torrox
The area for dogs occupies 300 meters and is next to the town’s lighthouse. The beach is open all year round and without time restrictions. It is an area with easy access made up of boulders and rocks, and it is usually not very crowded.
7. Playa Benalcan
This beach is located next to the Holiday World Hotel. It is an area with several coves of different sizes naturally separated by rocks and its soil is thick and dark sand. It is 400 meters long and has a shower and a special water trough for pets.
8. Playa Ventura del Mar – Marbella
It is located in the westernmost area of ​​Nueva Andalucia Beach, near the Gran Hotel Guadalpin Banus. It is a semi-urban beach formed by dark sand and with an average width of about 25 meters.