The story of how whodunnit board-game Cluedo was invented 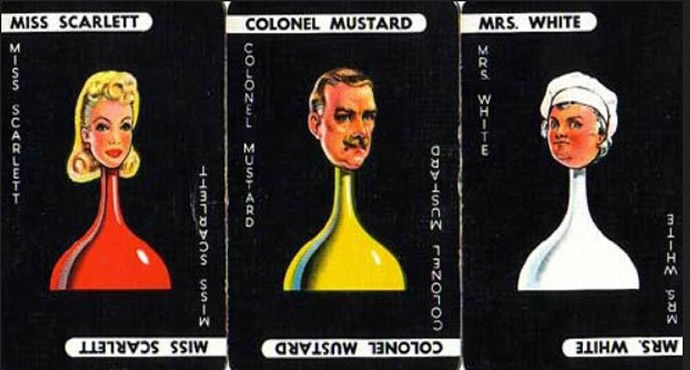 The story of how whodunnit board-game Cluedo was invented. image: pinterest

The property that inspired the world-famous whodunnit board game Cluedo more than 70 years ago, is a mock-Tudor pile, located at No.4, Tudor Close, in the village of Rottingdean, near Brighton, East Sussex.

A property developer called Charles W. Neville built Tudor Close from a set of derelict farm buildings back in 1929, hoping to create seven separate dwellings to sell, but the Great Depression came along so he decided to join all the properties up into one hotel.

Neville’s hotel became very popular with the top Hollywood film stars of the 1930s and 40s, with guests including Cary Grant, Bette Davis, Laurence Olivier, Errol Flynn, Randolph Scott, and Merle Oberon, among others, but it eventually closed its doors in 1952.

Cluedo was invented when a pianist called Anthony Pratt was working at the hotel as entertainment’s manager with his wife Elva, and they started making murder-mystery evenings, until the idea evolved in 1943 when Pratt decided to create a board game based on their evenings.

As a result, Pratt came up with the famous format we all know, a game for two to six players, with each player assuming the role of one of the murder suspects, who all have surnames that are colours – Miss Scarlett, Colonel Mustard, etc – and several murder weapons, including a lead pipe, a rope, and a candlestick, are placed in the various rooms, the lounge, the ballroom, the billiard room etc.

The objective of the game is players must move around the board, act as detectives as they go, in order to deduce which player killed the butler, with which object and in which room.

Cluedo was originally called Murder At Tudor Close, and started being mass-produced by John Waddington Ltd in 1949, becoming one of the most popular board games in the world, but in his 2103 book ‘The Story Of Cluedo’, author Jonathan Foster claimed that Waddington’s didn’t really play the game with Anthony and Elva, offering them a very small amount of money for the exclusive rights to the game.

According to Foster, they allegedly offered inventor Anthony a sum of £5,000, which today would be around £143,000, and when you work out that more than 150 million sets of Cluedo have been sold in 40 countries worldwide, then Anthony could have asked for a much better pay-off,

Pratt was said to have not been motivated by the money, more by the fact that he had invented the game, saying in 1990, “A great deal of fun went into it, so why grumble?”, before passing away aged 90 just four years later.