'What's next, espetos?" Malaga hits back at anti-meat campaign 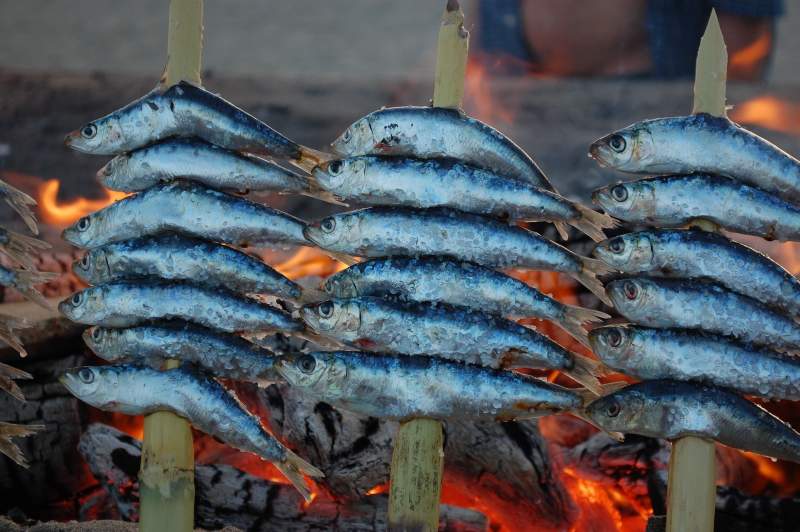 The president of Malaga Provincial Council, Francisco Salado, has added his voice to the chorus of criticism against the Minister for Consumer Affairs’ meat campaign.
“How is it possible for this man to renege against tourism, olive oil, ham and meat. What’s next, espetos?” asked Salado in reference to Malaga’s famed espetos, fish cooked and presented on a stick.
He also urged Minister Alberto Garzon to “leave the productive sectors alone” and that “if he gets bored and does not want to work, go give lessons in economics to Cuba, North Korea or Venezuela.”
“In which version of Spain does the Minister of Consumer Affairs live?” Salado said.
“Thank God he has a portfolio with almost no content. Unlike a minister of the Kingdom of Spain, he systematically behaves like an enemy who has infiltrated our government,” he added.
On July 7, Garzon, yesterday launched a twitter campaign #MenosCarneMasVida – less meat more life – angering the Minister for Agriculture Luis Planas, the opposition, the Junta de Andalucia, and livestock farmers across Spain.
Garzon told media outlets that livestock farming is bad for the environment, that people should eat meat less frequently and only buy quality meat from sustainable farms.
Agriculture Minister Luis Planas was quick to point out that Garzon had not consulted him ahead of launching the campaign.
Planas, a member of PSOE, said the campaign “does not make sense” and “this campaign is as wrong as the one that sugar kills.”
Garzon is the leader of Izquierda Unida, who joined the government as part of Podemos, who in turn formed a coalition with PSOE placing Pedro Sanchez as prime minister. A scathing editorial in ABC, one of Spain’s most respected national daily newspapers, on July 9 said the Ministry of Consumer Affairs is irrelevant and was created only to satisfy Podemos’s demands for ministerial portfolios before they would enter a coalition with PSOE.
Right-wing Vox have also lambasted Garzon’s campaign for “demonizing the consumption of meat” and said his pronouncements underscore how out of touch the ruling socialist coalition is with ordinary Spaniards.
“And the progressive politicians wonder how they lost the confidence of the Spain that rises early? Our ranchers are clear that #menosComunismoMasVida,” tweeted Vox’s leader Santiago Abascal meaning ‘less communism more life’.
The Partido Popular denounced Garzon as a “man of extreme ignorance”.
Six livestock associations have penned an open letter to Garzon against the campaign.
“It is worrying that a minister of the Government of Spain makes a series of erroneous or unfocused statements, and through public channels, trying to create an artificial confrontation with a sector,” they wrote.
The Junta de Andalucia’s Councillor for Agriculture, Carmen Crespo, has also called on Garzon to withdraw the campaign.
On July 8, Prime Minister Pedro Sanchez also eneterd the debate revealing he likes his steaks served “al punto”.
Speaking as he wrapped up a three-day tour of the Baltics, Sanchez, with a hint of a smirk, revealed he found steak “al punto” to be “unbeatable”.
The Minister for Consumer Affairs, Alberto Garzon, was mid-interview with Spanish TV channel La Sexta when it cut to Sanchez remarks live from Lithuania. However, the broadcaster kept its camera trained on Garzon and his stony-faced reaction to Sanchez’s declaration of love for a slightly underdone steak.
Garzon, who was clearly uncomfortable, managed to regain his composure and insisted, “In five or ten years’ time, we will look at this debate and it will seem to us like that of tobacco.”