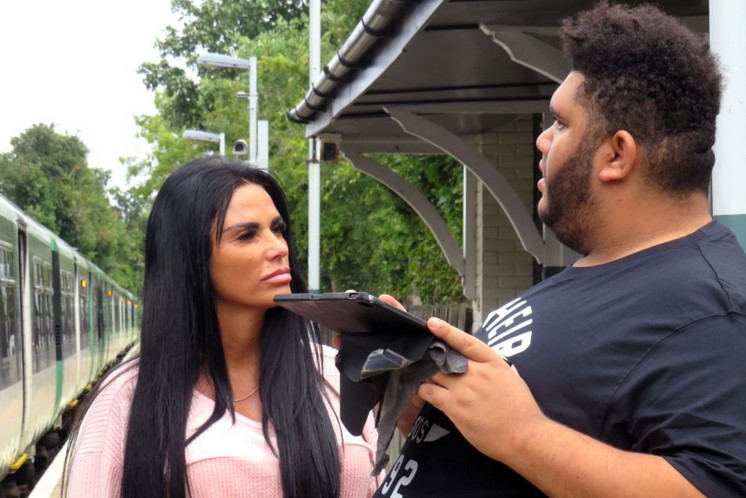 Katie Price has revealed today, Tuesday 13, that the BBC has offered an eight-part series to her son Harvey, all about trains, after his first documentary earlier this year, ‘Katie Price: Harvey and Me’, in which the teen starred with his mother, and was such a hit with viewers, according to The Sun.

In their sixty-minute long documentary Harvey with his mother, and his friend Zac, were filmed at Waterloo station, discussing the trains, and even made their own train announcements, leaving viewers emotional, and impressed with Harvey’s knowledge of trains.

Viewers also witnessed a very emotional Harvey going on a day out with his mother to their local train station, showing how much he clearly loves trains, which led to an online social media campaign by viewers pleading with train companies to allow Harvey to make his own voiced pre-recorded train announcement.

As a result of the campaign, Network Rail later revealed on Instagram, along with a screenshot of the news article, that they were going to get Harvey to make train announcements for them, as they were so impressed with his skills in the documentary.

Speaking with Community Living magazine, Katie told them, “On the back of it, the BBC has offered Harvey and his friend Zac an 8-part series on trains and automobiles. There will be some gorgeous trains like the Bluebell Railway”.

She added, “I am not interested in bloody trains. Me and Jeanette (Zac’s mum) will be sitting there having our tea and sandwiches saying ‘what are we bloody doing here on a train station?’ But, as long as they are happy, that’s what matters”.