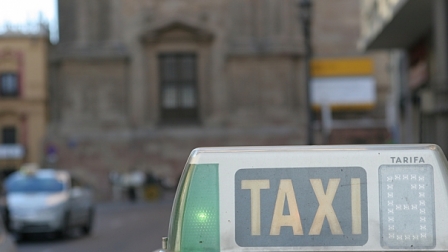 MALAGA will have 200 further taxis this summer after company Uber has announced it will be expanding in the city.

Uber has also said it will add a further 200 taxis to its Malaga lineup this summer, as tourists arrive.
The company is also expanding its allow regular taxis to join its app, giving Malaga’s customers the ability to order both private hire vehicles and traditional taxis.
Juan Galiardo, director of Uber in Spain, said: “More and more taxi drivers are beginning to see it differently, who understand that there can be coexistence and that Uber can be an ally to increase their income.”
He added: “We are convinced that we can finish the season with several hundred. Two thousand taxis are already integrated in Madrid shortly after a year, practically one in seven, and they almost double the hourly billing compared to those who only work for themselves.”
He said the company was targeting Malaga because it is “the area of ​​the country that is recovering the fastest, so if for the taxi it is an opportunity to generate new income, for us It is an opportunity to increase our offer and thus be able to cover the increasing demand.”
The news comes after the Junta de Andalucia earlier this year announced it will approve plans to modernise its taxis.
The move will see taxis in Malaga be given new measures allowing them to modernise and compete with apps like Uber and Cabify.
The measures will include allowing taxis to offer fixed prices, options to share a ride, and to allow customers to pay by app.
The move comes after two years of talks and several years of protests by Malaga’s taxi drivers over their concerns that new apps were taking their business.
The new law will also make it easier for customers to pay by app, as well as to agree a fixed price ahead of their journey. Taxi drivers will also be exempt from having to carry a meter in towns with fewer than 10,000 inhabitants as long as they have a way of setting out fixed rates for journeys.
Minister for Development Marifran Carazo said: “This decree will increase the quality of the service as demanded not only by the sector, but also by the users themselves.”
Drivers will now also be able to pick up customers in other municipalities than the ones they normally carry fares in.