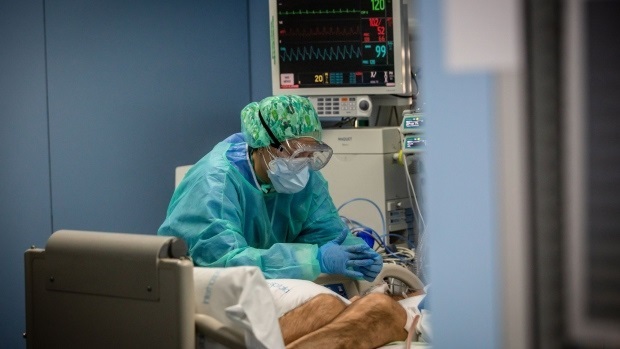 Three quarters of patients in Andalucian Intensive Care Units aged between 50 and 60 years old are anti-vaxxers.

The Junta de Andalucia Vice President, Juan Marín, has warned that 72% of the 122 people who have been admitted to an ICU correspond to “people who have not wanted to get the vaccine” in that age group- 50 to 60-year-olds.

This was announced by the vice president at a press conference after the weekly meeting of the Governing Council today, Tuesday, July 13, in which he appeared together with the counsellor for the Presidency, Public Administration and the Interior and spokesman for the Andalucian Government, Elías Bendodo.
When analysing the situation of Andalucian hospitals as a result of the new admissions that Covid-19 is causing, Juan Marín indicated that “72% of current patients in critical care units are deniers of the vaccine (anti-vaxxers), after which he made a general appeal to the public in favour of vaccination.

Bendodo said that “vaccination works” because the people who have been injected with the two doses “get such a high immunisation” that, although they can still get the coronavirus, “the disease does not evolve and lead to hospital admission”.

The counsellor has insisted on making an appeal to the Government of Spain to increase the rate of arrival of vaccine doses to Andalucia in the coming weeks to meet the expected demand after walk-in, ‘no prior appointment necessary’ vaccinations for particular age groups were announced over the eweekend.

Bendodo argued that “it does not make sense for the Government to stop the delivery of vaccines at the end of the vaccination campaign, saying,” We do not understand it”.

“The Government of Spain does not have anything more important right now than to guarantee a supply of vaccines,” insisted Bendodo.

“We are not going to change these criteria,” the vice president wanted to make clear before adding that on the part of the Board “we do not want the arrival of vaccines to slow down”, he added.