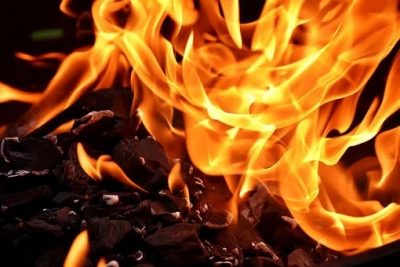 A MAN has been sentenced to seven-and-a-half years in prison by a court for threatening to set fire to another person’s home in Benalmadena.

The man, of Maghreb origin, was convicted by a court in Malaga of threatening to set fire to the Benalmadena home.
The incident took place in March 2019 when the defendant, a was walking down a road in Benalmadena and approached the victim, a man who was squatting in a property in the town.
The man demanded that he hand over the keys to the house he was squatting, “because he wanted to live in it.”
The defendant threatened the other man, saying that he would set fire to the house if he did not agree, telling him, “I’m going to kill you and I’m going to scar you on the cheek.”
Two police officers who were patrolling the area later appeared and the defendant threatened the man again, blaming him for the police getting involved.
The man then began to run towards the house, while the accused pursued him, breaking down the door and setting light to a chair, causing a large fire.
The occupant, jumped out through the balcony to escape the fire before a court found the defendant guilty of attempted murder.
As well as his prison sentence, the court in Benalmadena ordered the man to pay €6,000.
The news comes after a 50-year-old Spanish woman stool trial earlier this year accused of seven cases of arson in less than a one-month period, between July 19 and August 14, 2015, all in the Calanova area of ​​the Mijas municipality, in Malaga Province.
Prosecutors requested an 18-year sentence for the woman if found guilty, pointing out that she intentionally set the fires by using alcohol or ignition blocks in urban plots of the Calanova neighborhood, which although at the time were not built on, were in close proximity to occupied properties.
The first fire was set on July 19, at 3.45pm, on a plot located between Calles Pintores and Escultores, with the resulting fire burning an area of ​​around one hectare, and then, seven hours later, setting light to another plot of land between Calles Painters and Goldsmiths, where around 200m² of land was burned.
Then, on July 25, at 5.30pm, she set light to a plot, again in Calle Escritores, causing damage to one hectare of land, and waiting until July 31 to start her next fire, in Calle Escultores street, where neighbors raised the alarm at around 9.30pm and extinguished the fire themselves before it could spread.
Between August 4 and 10, the woman started more fires in plots on the same streets of Calanova, causing damage to half a hectare of land, and 20 hectares, respectively, with her final fire, her biggest one to date, being started on August 14, in Calle Escultores, which burned two hectares of land, but also resulted in the urbanization of Tropical Hills having to be evacuated when the fire spread close to the properties.
Immediately after this last fire, the woman was arrested, and the Malaga Prosecutor’s Office requested the Mijas arsonist be sentenced on seven charges of arson on the Costa del Sol.