Gang that was defrauding vehicle renting companies taken down 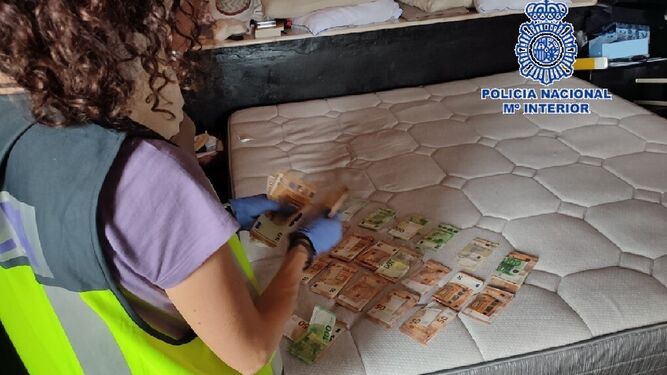 Malaga National Police have taken down a criminal organisation based in Malaga, Madrid, Murcia and Alicante, that was dedicated to defrauding vehicle rental companies.

12 members of the organisation have been arrested for the alleged crimes of money laundering, fraud and belonging to a criminal organisation. The main ‘leader’ of the organisation has also been arrested for the alleged crime of the illegal possession of weapons.
Officers carried out searches in which they discovered jewels and high-end jewellery valuing at over one million Euros, a revolver with six cartridges, 150,000 Euros and various documents, according to a statement from the National Police.
The investigations began when Malaga Local Police intervened a vehicle in which the occupants were carrying 99,940 Euros and could not prove the origin of the money. During investigations into its origin, officers noticed the existence of other vehicles from rental companies and detected the group were involved in some type of scam.
Officers found that the organisation had rented vehicles fraudulently and sublet those vehicles to other criminal organisations. False identities were used between the person renting the car and the end-user of the vehicle.
This made the identities of the members of the organisation more difficult to identify, Malaga Hoy reports.
The news comes as officers from the Guardia Civil have arrested two on suspicion of drug trafficking after finding a 130-kilo hashish haul in Malaga.
Police from Coin in Malaga arrested the two for drug trafficking and crimes against road safety after finding the hashish.
The investigation began after the agents received a tipoff about a group of people who used storage lockers and warehouses, rented by third parties in the municipality, for the concealment and distribution of narcotic substances.
Following a police operation, one of the storage lockers was located, where a total of 130 kilos of hashish were found.
Officers arrested one person in the storage locker while another man was also arrested for his alleged participation in crimes.