The great omelette debate in Spain 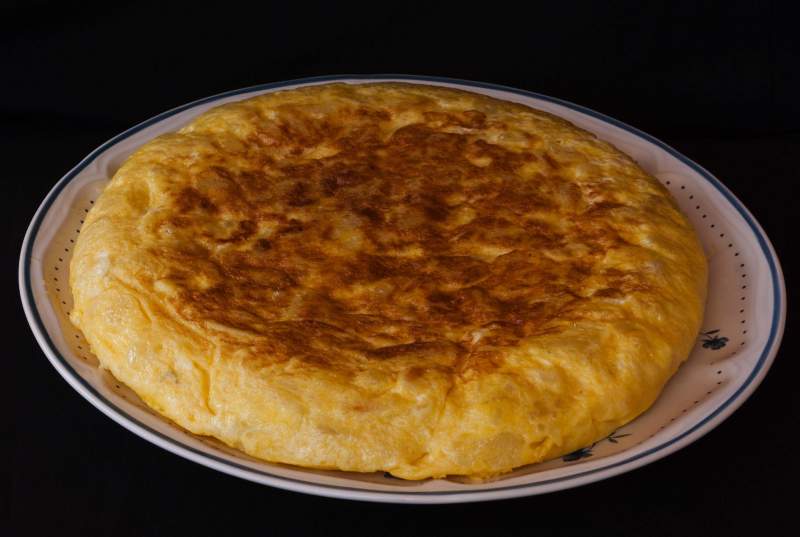 Spain has come together at last in a moment of unity to settle one of its most ancient and divisive questions… The great omelette debate.

It has been revealed by El Mundo that the majority of Spaniards do, in fact, prefer their tortilla de patatas with onion!

The poll was unmistakable, with 71.7 per cent of those surveyed favouring onion, 25.3 per cent against the addition of onion, and 1.9 per cent did not answer.

For Teresa Cuerda who owns Casa Dani, the famous Madrid tortilla bar that she opened in 1991 with her sister and brother-in-law, the survey was just confirming what she thinks is a familiar truth: “Tortilla with onion has always been far more popular at Casa Dani than tortilla without onion,” said Cuerda. “I’d say around 90% of our customers prefer their tortilla with onion,” she said.

Casa Dani makes 300-400 tortillas every weekday, and around 700 at the weekend, so Cuerda knows what the customers like!

“I think tortilla with onion tastes better because it makes it a bit juicier,” she said.

“But you don’t really notice the onion in our tortilla and it doesn’t dominate. It’s a very gentle flavour because of the kind of onion we use. There are actually a lot of people who don’t like onion but who do like our tortilla with onion.”

She added that the secret of a good tortilla is using high-quality ingredients. She also added that some Spaniards prefer a firm omelette that is more set, while some favour an oozy, less firm omelette, The Guardian reports.

“Not all potatoes are the same and neither are all onions or eggs. Some eggs, for example, have too much water. We’ve spent 30 years choosing the best ingredients for the tortillas we make.”

She said that the onions and potatoes also need to be well-fried and well mixed, however, even the finest ingredients only go so far.

“You need a good frying pan and a good hand,” she said. “But of course, a good cook will also play their part.”