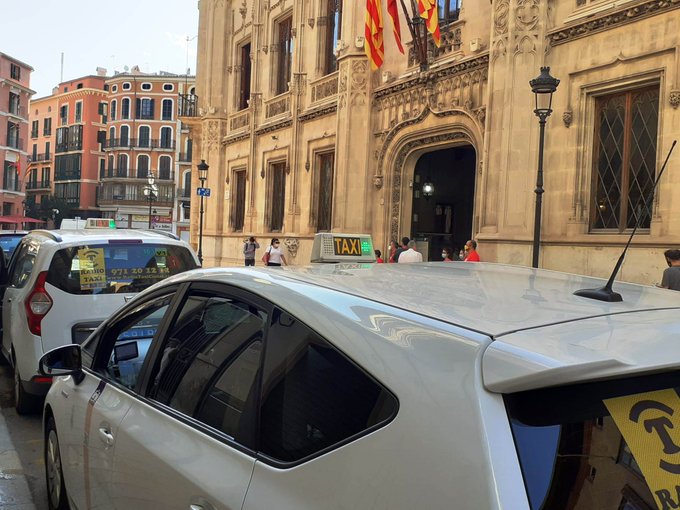 Sit back and read on as its time to catch up with the latest news in brief from across Mallorca compiled by Euro Weekly News.
More taxis
DUE to the significant increase in public demand for round the clock transportation, the Palma Council has given its 1,246 licenced taxi drivers permission to operate across 24 hours and to be able to drive for a maximum of 16 hours per day.
Cuban protest
AN estimated 200 people, many carrying flags gathered in the Plaça d’Espanya in Palma on Monday July 12 to protest about the current situation in Cuba and to show solidarity with those in that country who are calling for better conditions.
Hold up
A THIEF wearing a wig and balaclava stormed into a jewellery shop in Can Picafort late on the evening of July 10, brandishing a gun and tied up the owner before stealing a selection of expensive jewellery and making his escape in a car which was later abandoned.
Water situation
CURRENT water reserves across the Balearics stand at 54 per cent of capacity, compared to 72 per cent last year according to information published by the Balearic Government. In keeping with the average across the islands, Mallorca’s reservoirs also stand at 54 per cent full.
Happy Mondays
Starting at 8pm, there will be four evenings of music in Marratxi as follows; July 15, Go Cactus at Museu del Fang, July 29, Loki Band at Es Figueral, Plaça de l’associacio de Veïnats August 12, Queen Marsa at Portol, Plaça Can Flor, August 26, Yoko Factor at Parc de Cas Capita.
Tourist office
THE Port of Andratx Tourist Information Office is now open from Tuesday to Sunday 11am to 1pm and 2pm to 5pm with the offices in Camp de Mar and Sant Elm offices due to be open quite soon.
Temporary centre
WHEN small numbers of illegal migrants arrive on Mallorca, they are routinely sent to the mainland for processing but a temporary centre to allow medical attention is being built in s’Aranjassa Palma.
Butt out
ARTA Council is to distribute several hundred bio degradable ashtrays so that those smoking on beaches don’t just leave their polluting butts in the sand.
Fair exchange
A LIBRARIAN in sa Indioteria, Palma is offering readers a choice of free books if they bring in non-perishable food items which he will then pass on to the local food bank.
Thank you for reading ‘Time to catch up with the latest news in brief from across Mallorca.’