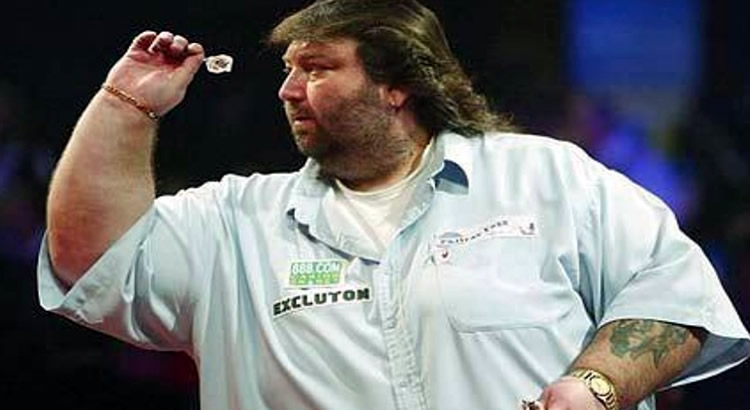 The world of professional darts is in mourning today, Thursday 15, following the death of former world champion Andy ‘The Viking’ Fordham, aged only 59, with a spokesperson confirming to SunSport that Fordham passed away this morning in hospital, after suffering major organ failure, with his wife Jenny by his side at the time he passed, according to The Sun.

Bristol-born Fordham made a number of attempts to return to the top after his career waned, but his final tournament came in March 2018 when he failed to qualify for the Masters, and last year, he was hospitalised with a bowel blockage, before being hit by the coronavirus.

Fordham – one of British darts’ most colourful characters – won the prestigious BDO World Darts Championship in 2004, and had an illustrious career, with tributes pouring in from other top players who knew him during his time at the oche.

A memorable moment in Fordham’s career was during the 2015 Grand Slam of Darts, when he was up against Adrian Lewis, the former two-time PDC world champion, who was making his comeback in the sport, where the big man hit a maximum 180 with his first trip to the board, but eventually lost the match to Lewis, who tweeted, “Sad to hear the passing of a legend Andy Fordham our thoughts are with his family”.

Kevin Painter, arguably most famous for finishing as the runner-up to Phil Taylor in the 2004 PDC World Championship final, now widely credited as one of the greatest televised matches in the history of the sport posted, “Absolutely devastated to hear the news that Andy Fordham has passed away, a darting legend, and one of the nicest guys on the planet, thoughts are with the family at this time, RIP Andy”.