Seven arrested for raiding homes of people on holiday 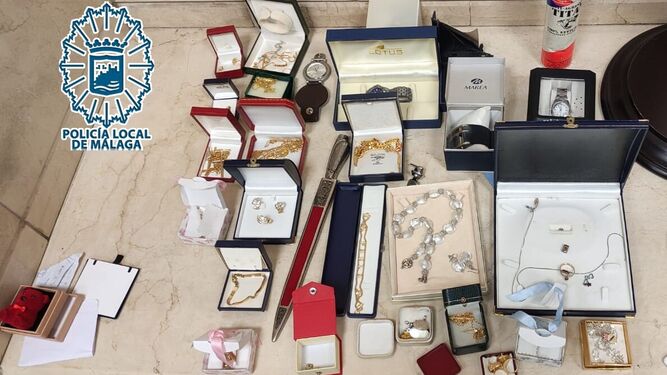 Officers of the Malaga Local Police have arrested seven people after catching them red-handed raiding the homes of people who had just left for their holidays.

All of the seven people arrested are from Malaga and aged between 20 and 39-years-old.
The arrests took place from around midnight on Saturday, June 26 to Sunday, June 27. Several police officers startled three of the perpetrators inside two cars that were parked inside a car park near the location of the robbery.
When the three noticed the presence of police, one attempted to throw a hat, jacket and gloves onto the floor and prepared to escape on foot. Officers were increasingly suspicious after finding an electronic tablet, a pellet pistol and mace on the back seat of the car.
Officers inspected the second vehicle and found a bin bag containing money and jewellery which led to the arrest of the three individuals.
Officers also located a safe containing money and jewellery inside the glove compartment and other objects such as a backpack containing four mobile phones.
Given the obvious indications that the three individuals were carrying out robberies in the area, officers managed to locate the property and startled four other individuals – catching them red-handed.
Several officers jumped over the fence to the courtyard of the property and immediately arrested the four individuals.
The officers found several bags containing money and jewellery, a large crowbar, latex gloves and a dog repellent spray that they had used on a German Shepherd in the property.
Officers found that the house had been wrecked, and the security system had been tampered with. The owners had gone on holiday just that morning.
All of the individuals were transferred to police stations for questioning, where one of them was also allegedly responsible for a crime of serious threats to a law enforcement officer.
All seven have been charged for their part in the robberies, according to Malaga Hoy.