Socialist barons and PP to rebel against PM Pedro Sanchez 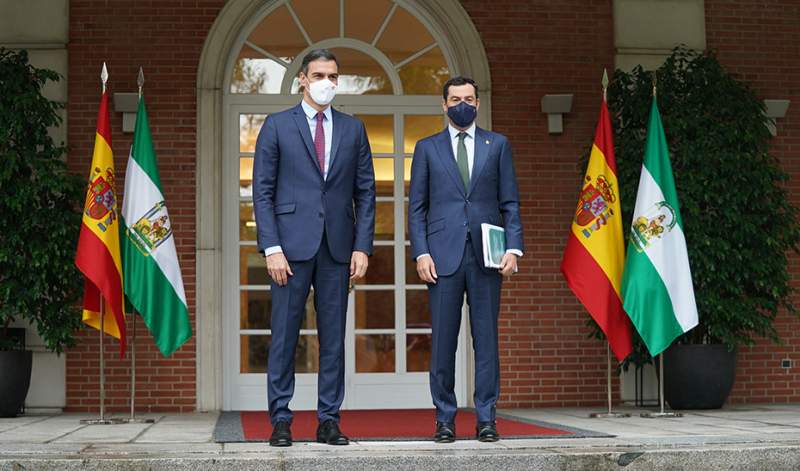 Socialist leaders across Spain are set to rebel against Prime Minister Pedro Sanchez who is under pressure to provide Catalonia with tax breaks. They are joined by members of the opposition Partido Popular.

PSOE regional leaders, known colloquially as barons, are aggrieved that Catalonia, a region that made an independence bid in 2017 causing many companies to relocate away from Barcelona, is poised to receive a series of tax breaks that may not be offered to regions more loyal to Spain and the government.

They are also joined by Partido Popular (PP) regional leaders such as Andalucia’s Juanma Moreno and Madrid’s Isabel Diaz Ayuso.

Both Madrid and Valencia benefited greatly from the exodus of Spanish banks and multinationals from Catalonia after 2017. Of the 6,200 companies that left Catalonia, more than half of them relocated to Madrid, while banks such as Banco Sabadell moved to Alicante.

Andalucian officials have also warned that any fiscal plans or set of incentives that are not equally applied to all of Spain’s autonomous communities will result in trouble for the national government.

Resistance to Catalonia receiving tax breaks or extra creates a headache for Pedro Sanchez who must face down challenges from within his own party, but also an unlikely common ground between factions of the PP and PSOE.

Aside from what could be a one-off series of incentives urging companies to relocate back to Catalonia, regional PP and PSOE leaders are demanding the current system of regional financing be overhauled and the disbursement of Covid recovery funds be calculated according to a region’s population, not its GDP. If Covid 2021 funds are distributed according to population, Andalucia will get 2.35 billion euros in 2021 compared to 2.1 billion euros in 2020.

Moreno and Puig have already formed a close alliance on this and will cement it further when Puig visits Sevilla in September. Both claim that the regional financing model has shortchanged Andalucia and Valencia billions of euros since 2009.

“It is unavoidable and urgent to restore a climate of understanding, cooperation and solidarity in Spain that avoids territorial inequalities and fosters convergence, economic and social, in the country,” Moreno told the Andalucian parliament on July 7.

“Recovery is a collective challenge in which collaboration between institutions and territories is essential. No one can have privileged positions and whoever so wishes will face Andalucia defending the equality and solidarity of the Spanish people,” he added.