Do you believe that UFOs really exist? – By columnist Leapy Lee 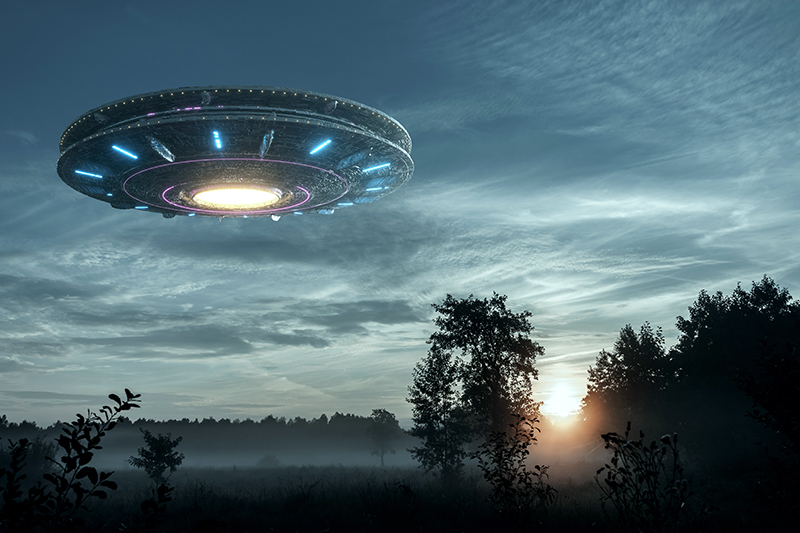 Trip to Pluto anyone?

I believe that to deny there are other forms of intelligent life in the universe is either breathtakingly arrogant or an almost frightening naivity. Do you believe that UFOs really exist?

The human brain is not actually geared to take in the vast numbers of planets and stars, or even conceive the sheer volume of galaxies that exist in the endless expanses that we refer to as ‘space.’ If you could count the grains of sand on this planet of ours, which includes all the deserts and vast depths of our oceans, you still wouldn’t even be coming close to the sheer magnitude of stars that could be capable of sustaining some form of life in the infinite reaches of the universe.

It stands to reason that these beings could be thousands, possibly millions of years in advance of us in intellect and intelligence. To the manifestations existing in these unknown dimensions, travelling through time and space would be a mere bagatelle. Distances themselves would have no meaning and even time, as we perceive it, would have ceased to exist.

Is it not then perfectly feasible that these advanced races would welcome some time to chill out, in much the same way as we need to occasionally switch off and relax?

Vacations and scientific expeditions would, I think be something of a priority in the worlds of these ancient wonders of creation, and I can truly visualise some holistic ‘Happy Holidays’ brochure informing its customers that you can partake of the ‘Grand Planetary Tour,’ which takes in a selection of other worlds at different stages of their evolution.

Naturally, any set of beings advanced enough to have access to this type of holiday, would be far too intelligent to ‘interfere’ with any other primitive races they would be observing on their galaxy cruise.

This is why I believe that most of the thousands of UFO sightings reported over the years have probably been glitches or errors on the part of the organisers. (These cheapo travel companies are all the same!)

The wonders of creation are fully intended to be beyond our wildest imagination; but to maintain we are the only cluster of beings that exist and there are no other ultra-intelligent manifestations ‘out there’ I actually find totally inconceivable! ‘Where shall we go this year darling? Shall we do the Earth, Pluto, Sun all inclusive? Too passé? Well what about a trip down that newly discovered Black Hole’? ‘Ok, that’s a great idea; just make sure we don’t have to isolate when we get there!’

Is this Patel woman for real? Her new mind boggling smoke and mirrors solution to the ‘boat immigration’ problem is to introduce prison sentences of up to four years for those deemed guilty of this ‘offence’.

At the moment it costs £45,000 a year to keep one person incarcerated. This amount could probably be tripled if you take into account the legal fees and court cases that, due to the UK’s ludicrous ‘uman rights policies, would automatically precede any punishment. Just what planet does this particular alien exist on?

‘Beam me up Scotty.’