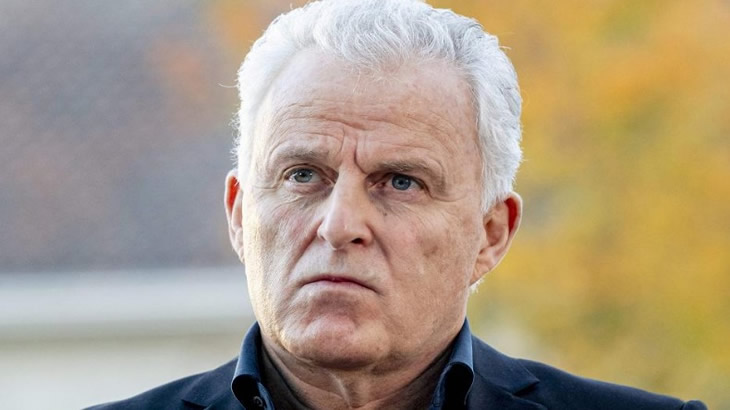 Peter R de Vries, the 64-year-old prominent Dutch crime reporter who, nine days ago, was shot and seriously wounded in an incident as he left a TV studio in central Amsterdam, sadly passed away on Thursday 15, as a result of the injuries he received.

A statement for Mr de Vries’ relatives said, “Peter fought to the end, but was unable to win the battle”, adding that he passed “surrounded by the people who love him. “Peter has lived by his conviction: ‘On bended knee is no way to be free'”, and the family has asked for space to process his death in peace.

Mr de Vries was shot five times at close range, including bullets to his head, on the Lange Leidsedwarsstraat in central Amsterdam, while leaving a television studio, following a chat show, on the evening of July 6, bringing Royce de Vries, his son, to comment at the time that it was the family’s worst nightmare come true.

Two suspects were arrested for the shooting of the writer and journalist, who was well-known in the Netherlands for his criminal investigations into drug barons and gangsters, most-famously reporting in 1983 on the kidnapping of the Heineken millionaire, Freddy Heineken, which he turned into a novel, that was later adapted for the big screen, titled, Kidnapping Freddy Heineken, starring Anthony Hopkins.

Willem Holleeder, Mr Heineken’s kidnapper, and one of the Netherlands’ most notorious gangsters, was convicted in 2013 of making threats against the journalist, and in 2019 was jailed for life over his involvement in five murders.

Mark Rutte, the Dutch Prime Minister tweeted that the veteran journalist was “afraid of nothing and no-one. We owe it to Peter R de Vries to ensure that justice takes its course”, as reported by bbc.com.