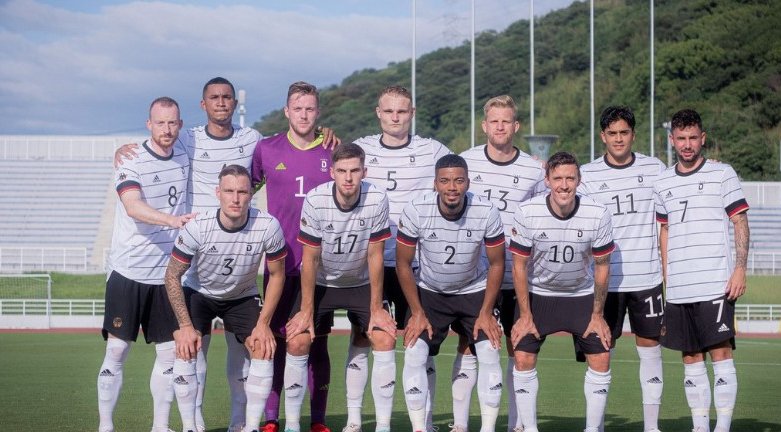 The German Olympic men’s football team sensationally walked off the pitch today, Saturday 17, during a friendly warm-up game against Honduras, after one of their players was allegedly the target of racial abuse.

With just five minutes of the game remaining, it is reported that 23-year-old Hertha Berlin defender, Jordan Torunarigha, was allegedly racially abused, leading to Germany coach Stefan Kuntz withdrawing his players from the field of play.

Being played in preparation for the upcoming Olympic Games in Tokyo, this was Germany’s final warm-up before heading to japan where they meet Brazil in their opening match on Thursday, 22 July.

A tweet, in English, from the official Germany national team account, said, “The game has ended 5 minutes early with the score at 1-1. The German players left the pitch after Jordan Torunarigha was racially abused”, while in response, a tweet from the Honduras national team account said the incident had all been “a misunderstanding”.

Their match was being played behind closed doors, in a 3 x 30 minutes format, and after the Germans left the pitch, with the score standing at 1-1, the game did not resume afterward, with Honduras having led 1-0 at the end of the first third, before Felix Uduokhai of Uusburg equalised in the final third.

Stefan Kuntz, who between 1993 and 1997, made 25 appearances as a striker for the German national team, scoring six times, commented on the incident, “When one of our players is racially abused, playing on is not an option”.

Hertha Berlin defender, Torunarigha, who is yet to make his debut for the full national team, played in 14 Bundesliga matches for the German team last season, who finished in 14th position in the league, as reported by bbc.com.

The boys will play 3 x 30 minutes as a final practice before taking to the big stage. Good luck, lads! 👏#WirfuerD #Tokyo2020 pic.twitter.com/rCnfMfVLCn