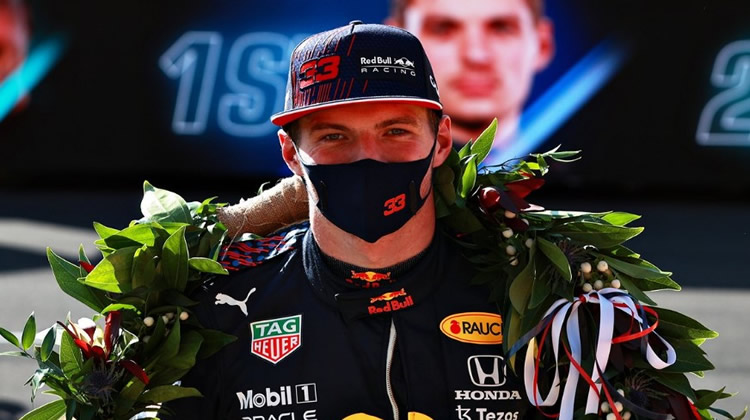 Max Verstappen won the first-ever Formula One Sprint at Silverstone today, Saturday 17, as he made an instant move off the starting grid, and powered away from pole-sitter, Lewis Hamilton, who had to settle for second place in tomorrow’s starting line-up, finishing 1.4 seconds behind the Dutchman.

Hamilton had put in a blistering performance in qualifying on Friday night, putting him on the front row for this 17-lap inaugural Sprint race, but Verstappen didn’t let that worry him, as he charged away when the lights turned green, gaining three championship points for his win, moving him 33 points clear of Britain’s seven-time world champion Hamilton.

Sunday’s race will be the first time in nine Silverstone GP that a Mercedes car has not been on pole, and the Red Bull starts from pole for the fourth consecutive race, although teammate Sergio Perez in the second Red Bull has his work cut out, starting in 20th position, last on tomorrow’s grid, after spinning off the track during the Sprint.

Finland’s Valtteri Bottas in the other Mercedes will start from third, with Ferrari’s Charles LeClerc in fourth, while Britain’s Lando Norris again starts from a very credible fifth in the McLaren.

Said Verstappen after the Sprint victory, “You could see we were pushing each other hard because at the end of the race the tyres were blistering a lot. We had to manage that to the end. In the end, I’m happy to add the three points – it sounds a bit funny to hear you scored a pole position!”.

“I hit the target on my start, it’s just not good when you lose from P1. We’ll try to turn the negative into a positive tomorrow. Every point counts, but I’m grateful to have finished. Tomorrow we’ll fight again”, commented Hamilton.