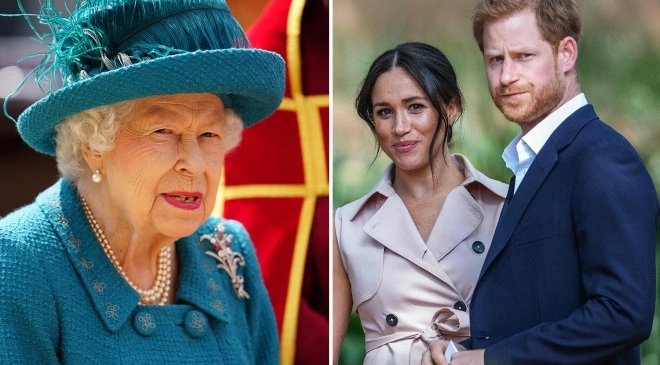 Prince Harry and Meghan Markel want the Queen to be present at daughter Lilibet’s Windsor christening.

Prince Harry and Meghan Markel have said they want Lilibet christened at Windsor in front of the Queen.

A royal christening could be on the cards for Prince Harry and Meghan’s newly-born daughter Lilibet after it has been revealed the couple want the momentous event to take place at Windsor in the presence of the Queen.

A royal expert claims the Sussex’s are planning for their daughter Lilibet to receive a royal christening in Saint George’s Chapel at Windsor Castle, the same as her brother Archie had back in 2019.

The Duke and Duchess of Sussex christened their first child Archie Harrison Mountbatten-Windsor on July 6 just two months after his birth at Queen Elizabeth’s private chapel.

If this did happen it would be Meghan’s first trip to the UK since last year’s Megxit when the couple left for the US.

A source told The Daily Mail: “Harry told several people that they want to have Lili christened at Windsor, just like her brother. They are happy to wait until circumstances allow.”

It comes after a row over whether Harry and Meghan asked the Queen if they could use her private nickname Lilibet for their baby girl.

Harry threatened legal action against the BBC over claims he didn’t ask the Queen for permission.

The war of words was sparked when a Palace source told the BBC the Sussexes allegedly “never asked” Her Majesty about using her childhood nickname.

Harry then hit back just 90 minutes later saying his grandma was  “supportive” of his choice of name and the couple wouldn’t have used it if this wasn’t the case.

It comes after the controversial couple’s highly publicised bombshell interview with talk show hosted by Oprah Winfrey was put forward for an Emmy Award.