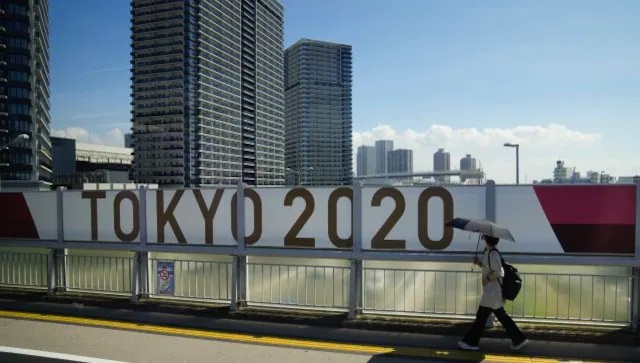 The Tokyo Olympics 2020 is already in jeopardy after organisers confirmed the first COVID-19 case in the Olympic Village.

Tokyo 2020 organisers said the affected person has been placed into a 14-day quarantine and removed from the Village where thousands of athletes and officials will reside.

Tokyo Olympics organisers have confirmed the first COVID-19 positive case inside the Olympic Village. The case reportedly affects an official connected with the delayed Summer Games that are due to open on 23 July.

Tokyo 2020 said the affected official has been placed into a 14-day quarantine and removed from the Village where thousands of athletes and officials will reside.

“There was one person in the Village. That was the very first case in the Village that was reported during the screening test,” Masa Takaya, spokesman for the Tokyo organising committee, told a press conference

“Right now this person is confined to a hotel,” Takaya said.

Seiko Hashimoto, the chief organiser of the Tokyo 2020 Games, said: “We are doing everything to prevent any Covid outbreaks. If we end up with an outbreak we will make sure we have a plan in place to respond.”

The organisers had previously confirmed there had been 14 more new infections in Japan linked to the Games since 1 July.

It took the total number in that period to 44, with less than a week to go to the Games that were initially supposed to be held last year but were pushed due to the pandemic.

Of the 13 positive cases recently, four were also from “Games connected personnel” — defined by the organisers as “those affiliated with the IOC, the International Paralympic Committee, NOCs, NPCs, International Federations, members of the Olympic and Paralympic Family, partners, Olympic Broadcasting Services members, etc”.

Meanwhile, seven are contractors working on the Olympics, and the other two are members of the foreign media.

At least five athletes have tested positive for COVID-19 since landing in Japan for the Games, while the Refugee Olympic Team delayed their journey to Tokyo after a delegation member returned a positive test.

Tokyo recorded 1,271 new COVID-19 cases on Friday, a third straight day of 1000-plus cases in the Japanese capital.

A large portion of the Japanese public have signalled their opposition to the Olympics and Paralympics going ahead, with polls suggesting the citizens are in favour of either the games being cancelled or postponed.

International Olympic Committee and organisers have insisted the strict measures will ensure the Games are “safe and secure”.

IOC has claimed 85 per cent of residents in the Olympic Village have been vaccinated.