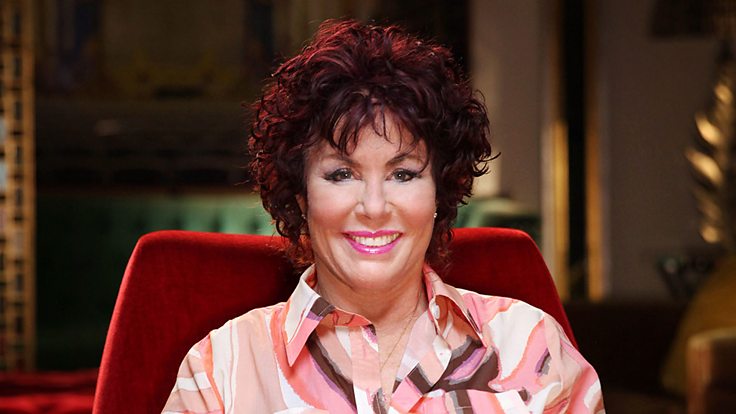 Ruby Wax returns to TV screens with a blast from the past three-part series looking at her best interviews from the 1990s.

In the early 1990s Ruby Wax smashed out of the TV studio and rewrote the rule book on the celebrity chat show. In a new three-part series, for BBC Two and iPlayer, When Ruby Met… Ruby will look back at some of these seminal encounters

Across the three episodes, Ruby will reflect not only on who she interviewed, but also her unique and refreshing interviewing style and reveal how she obtained such extraordinary access to such world-famous stars.

Before social media and reality television and with the cameras always turned on, she interviewed some of the most famous – and infamous – people in the world, including Grace Jones, Pamela Anderson, Roseanne Barr, Evander Holyfield, Carrie Fisher, Imelda Marcos, OJ Simpson, Sharon Stone, Tom Hanks, Madonna, the Spice Girls and one particularly memorable encounter with a future US President and his new girlfriend, Donald Trump and Melania.

But how did Ruby secure such an unrivalled guest list, which reads like a who’s who of 90s stardom, and get them to play along in such a revealing, unguarded, and at times jaw-dropping way?

Over 25 years have since passed, and not only have the shows never been repeated but Ruby has never watched herself back. After leaving her television career behind Ruby went on to attain a degree from Oxford. With the benefit of this academic achievement and the passage of time, Ruby provides thoughtful, insightful and always humorous analysis of both herself and her subjects and what it meant to be a global superstar in an age before 24/7 online access and a world of controlling media and image consultants.

“I haven’t watched these shows in 25 years – why didn’t anyone tell me I was that cute?” said Ruby.

Catherine Catton, Head of Commissioning, Popular Fatual and Factual Entertainment, added, “It is an incredible privilege to be able to revisit these extraordinary interviews with Ruby. Both Ruby’s analysis and the passage of time provide new insight and revelation to allow us to get under the skin of some of the biggest names of the 1990s.”