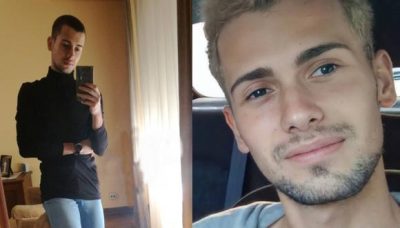 A JUDGE in Spain has confirmed prison of three people accused of killing a man in what has been described as a homophobic murder.

The court number 8 of La Coruña has confirmed the three people accused of the murder will be place in prison until their trial.

The three stand accused of murdering Samuel in northern Spain.

As reported by the Superior Court of Xustiza de Galicia, the three men appeared separately and, when asked by the judge if they had any further comments, two did not add anything to their previous statements.

The news comes after the La Coruña Provincial Prosecutor’s Office requested that the three men arrested for the murder of young Samuel Luiz on the Riazor Beach promenade be admitted to prison without bail and the judge agreed.

The only one the prosecutor has not asked to be admitted to jail is a also woman arrested for allegedly cheering while attacking the young man. In addition to these four detainees, the National Police also arrested two minors, who will go before the magistrate in the next few hours, because unlike the rest of the detainees, juvenile jurisdiction does not allow them to spend the night in jail due to their ages.

Regarding the classification of the crime, sources from the Superior Court of Justice of Galicia have reported that the judge will determine whether it is homicide or murder throughout the investigation of the case.

The only one who has not been sent to prison, the woman, was ordered to court by the judge since the Prosecutor’s Office had not requested she be detained.

Court of Instruction Number 1 of La Coruña Instruction 8, is the place where the actual trial will be held and a heavy police presence will be required due to the sensitivity of the case.

The Police, for the moment, still do not classify the death of Samuel Luiz as a hate crime or homophobia and it will be the Prosecutor’s Office who determines the final charge.

The main reason why prosecutors have not yet opted for this type of crime is that the aggressors “did not know the victim” and, therefore, also their sexual identity.

The police said: “The knowledge of the victim makes the selection of his person more credible because of her sexual condition and that factor does not appear in the specific case.”