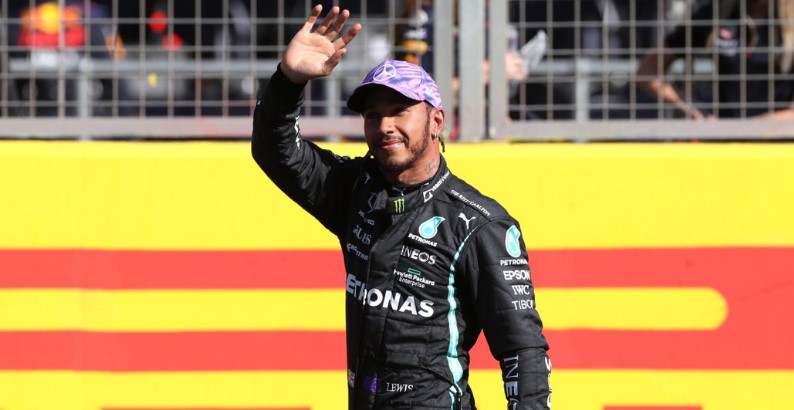 The British Grand Prix at Silverstone is one of the biggest events in the UK’s sporting calendar, and today, Sunday 18, saw around 140,000 Formula One fans descend on the famous Towcester 3.7 mile circuit to watch 52 laps of what is always one of the most exciting F1 races of the year.

One of the most thrilling laps unfolded as the lights turned green, the Dutchman kept the lead, with the front two battling through the first corners, until they reached Copse, where they made contact and Verstappen had a huge crash at around 180 mph, spinning off across the gravel and smashing into the tyre wall.

Thankfully, as he got out of his car, he looked shaken but was able to walk away, but in the confusion, Charles LeClerc shot past Hamilton to take the lead, just as the race was red-flagged, with Hamilton being heard to say over the team radio, “I was ahead going in there. Pulling alongside, it was my line,” said Hamilton over the team radio. He turned in on me, man, Giving the guy space”.

After a ten-minute stop, the cars lined up again and the Ferrari of leClerc kept the lead, with Alonso and Sebastian Vettel fighting for sixth, entering Luffield, Vettel lost control of his Aston Martin and spun off, elevating the Spaniard to sixth position, with Hamilton being told he had a ten-second penalty for the incident with Verstappen.

Hamilton pitted, and served his penalty, rejoining in fifth place, losing positions to Bottas and Norris, 4s behind Norris and a handful more behind Bottas, but he was charging, and it was only a matter of time before he caught and passed both of them, and with Bottas in second, a message came through telling him to move over to let Hamilton through, and the Brit moved up to second, ready to chase the Frenchman down.

On Lap 50, a brilliant move by Hamilton saw him take the lead, which he was never going to give away, taking the chequered flag to win his eighth British Grand Prix time, and close the gap on Verstappen at the top of the driver’s championship.