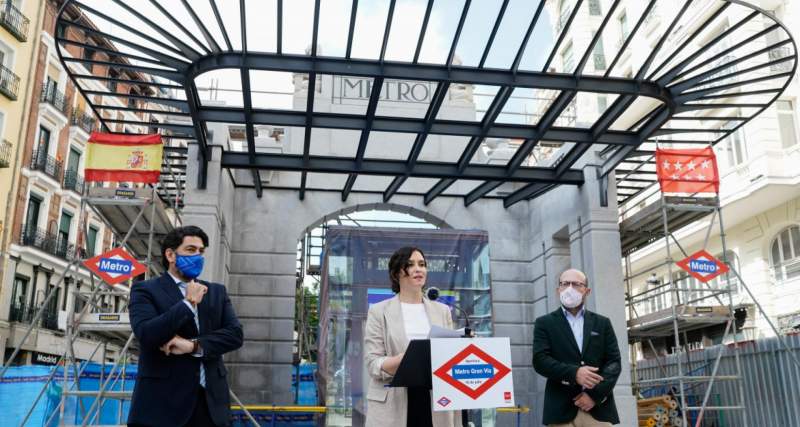 Madrid’s Gran Vía metro station opens back up after a three-year makeover with a retro-futuristic look.

The construction is a replica of the former entrance, built in 1917 by architect Antonio Palacios, and it is faithful to the original design. According to members of the public present at the inauguration, the granite used for the structure is so clean and blemish-free that it almost looks unreal.

The refurbished Metro station was inaugurated by the regional premiere, Isabel Díaz Ayuso, after nearly three years of delayed works and a host of construction problems.

The Gran Vía station opened to passengers at 6 am on Friday, finally welcoming back the 66,000 people expected to travel through the station on a daily basis, and who will now be able to take advantage of a passageway leading directly to the nearby Sol station, home to both Metro and Cercanías commuter train lines.

The new image of the station is further enhanced by four new elevators, 13 escalators, voice-recognition functions at ticket-vending machines, and a museum space exhibiting the many treasures that were discovered during the renovation work.

According to a spokesperson, it was not until yesterday that all of the final tests had been completed by Madrid Metro employees.