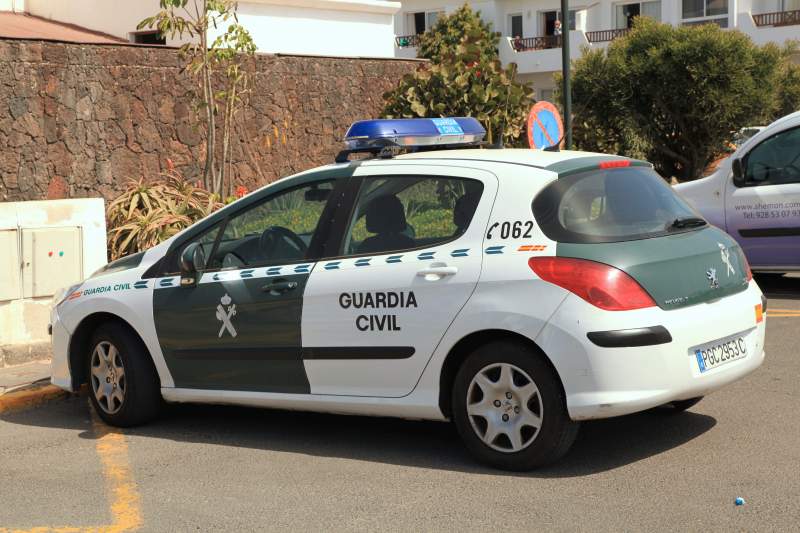 POLICE in Almeria have arrested a man accused of murdering a woman in June in Almeria.

Officers from the Guardia Civil arrested the man following the murder of a 43-year-old woman in Almeria.

The investigation began on June 6 following the death of a Sub-Saharan woman, who had been bludgeoned to death in Roquetas de Mar.

Police found several witnesses who said they had seen the suspect arguing with the woman on a street, before hitting her on the head.

The detainee has been placed at the disposal of the Court of Instruction 2. of Roquetas de Mar, which has ordered him to prison.

The news comes after eight arrests made by Guardia Civil in El Ejido, Almeria, for attempted murder, and possession of illegal weapons

Officers of the Almeria Guardia Civil command have arrested eight people near El Ejido, in the province of Almeria, charging them with attempted murder, possession of illegal weapons, and crimes against public health.

The operation was launched on May 2 after police received a call reporting that several people were observed shooting firearms at a home, to which several patrols immediately responded.

On arrival at the location, it was clear the suspects had fled, but the meticulous police work carried out by the officers soon collected a number of pieces of evidence, and a visual inspection of the building revealed several bullet impacts in the walls, and on the facade of the house, as well as bullet holes through panes of glass in the windows – which had impacted on the inside.


Their following investigation quickly led to the identification and location of the perpetrators, and subsequent searches of their homes – under authorization from a judge – in the ‘Pozo de la tía Manolica’ neighborhood uncovered several loaded pistols, pistol and shotgun ammunition, and a collection of numerous large-bladed weapons, resulting in eight arrests in El Ejido.

Also found were three kilos of marijuana buds wrapped and prepared for sale, along with a marijuana crop of 200 plants, with the detainees being taken into custody and made available to El Ejido’s investigating Court No6, in Almeria.