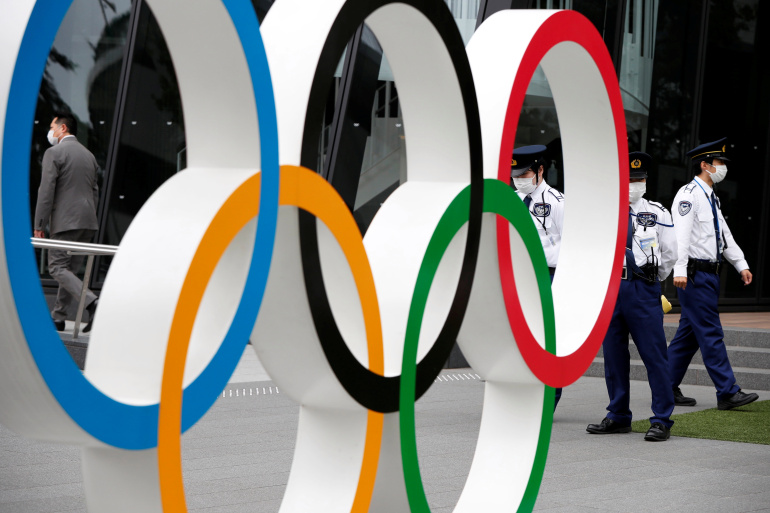 Two athletes have tested positive for Covid-19 in the Toyko Olympic games 2020 village.

Organisers confirmed the positive tests today, Sunday, July 18, both athletes were listed as non-Japanese- no names or other details were provided.

Toyko Olympic games organisers also revealed that another athlete had tested positive but this person was not residing in the Olympic village. This athlete was also identified as “non-Japanese.”

It comes after a Czech staff member, Olympic official and village worker were confirmed to have tested positive for the virus.

Games delivery officer Hide Nakamura said, “there is no perfection” at a press conference today in relation to containing the virus.

“There is the possibility something may happen, the important thing is to minimise the risk as much as possible.” Olympic Games executive director Christophe Dubi said each case meant immediate action.

Organizers say since July 1, 55 people linked to the Olympics have reported positive tests. This accounting does include athletes or others who may have arrived for training camps but are not yet under the “jurisdiction” of the organizing committee.

The Olympic village on Tokyo Bay will house 11,000 Olympic athletes and thousands of other support staff. Tokyo recorded 1,410 new Covid-19 cases on Saturday, the highest in six months. It was the 28th straight day that cases were higher than seven days previous.

The Olympics will open on Friday under a state of emergency in Tokyo and three neighbouring prefectures. The emergency order lasts until August 22, with the Olympic games due to close on August 8.

Fans — local and fans from abroad — have been banned for all Olympic events in Tokyo and the three neighbouring prefectures, just a  few outlying venues may allow a smattering of local fans.