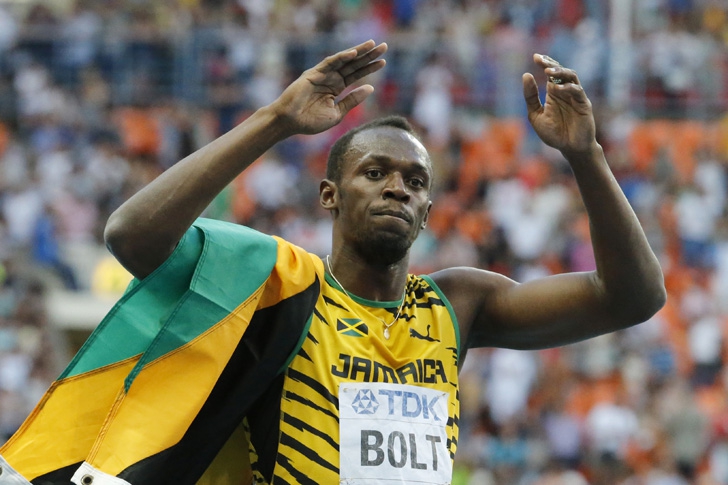 Usain Bolt is “very confident” his world records won’t be broken by sprinters heading to Tokyo 2020.

In a lengthy Instagram Live with @Olympics, Usain Bolt predicted that the 100m Olympic final will be fast but not at a world record pace. And Bolt thinks his famous athletics world records will remain intact during Tokyo 2020 in 2021.

In 2008, Usain Bolt went to Beijing as the favourite to win the 100m title on the athletics track in the iconic Bird’s Nest Stadium.

He won individual Olympic titles in the 100m and 200m at world record paces and became a global phenomenon.

The current 100m and 200m world records was set a year later at the World Championships in Berlin.

Bolt said he backs US sprinter Trayvon Bromell who set a world leading time of 9.77s on June 5.

“He’s really stepped up and show that he’s ready and he’s is fit,” Bolt said.

“As long as he stays good, he should be on top.”

The 100m is a notoriously brutal race with tiny margins marking the difference.

“Mentally, it’s tough on you and making one mistake in the 100m finals. It can be your downfall. So, let’s see what happens.”

The Olympics will host a new event in the athletics programme in 2021. The mixed relays will provide another opportunity for 400m runners to take an Olympic medal.

Bolt was reluctant to provide any predictions for the winners directly.

“But I think Great Britain and the US really have strong teams. So, let’s see how that goes.”

The first round of the 4x400m mixed relay will be on the first day of athletics competition at Tokyo 2020 on Friday July 30.