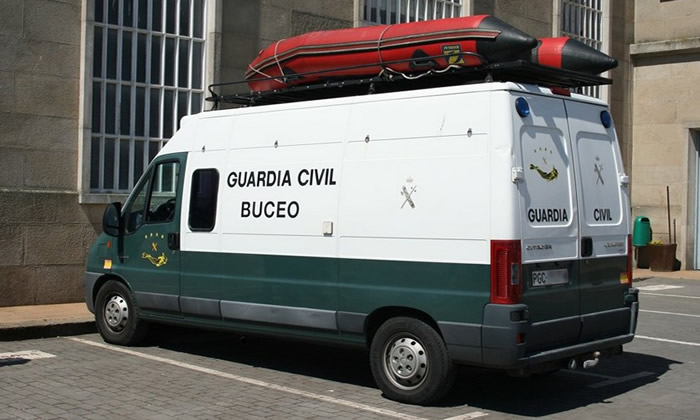 Jose Maria Bellido, the mayor of Cordoba, took the personal task of announcing this afternoon, Monday 19, that police divers had recovered the body of the missing 21-year-old boy who had disappeared on Sunday afternoon while swimming with his friends at what locals know as the Blue Lake in Cordoba.

His death has been confirmed as drowning, and this tragic news came as teams of divers from the Guardia Civil’s Special Group of Underwater Activities (GEAS) had joined in the search this morning, and who were the ones who located the body.

Mr Bellido took the opportunity to thank the firefighters of the SEIS Fire Fighting and Rescue Service, and the officers from the National and Local Police, who had been on the scene since Sunday, conducting the search in the Blue Lake that is located next to a quarry in the municipality of Cordoba, while also sending condolences from the whole of Cordoba Town Hall to the family and friends of the deceased youth.

The mayor thanked the Guardia Civil’s GEAS divers who came to the location from Sevilla, pointing out how they had taken charge of the investigation in the search for the body, and were the ones who found the body, in an area of the lake that was around ten metres deep, and previously delimited.

This morning, the search for the boy had resumed at 8.30am, with two units from the SEIS Fire Fighting and Rescue Service of Cordoba, along with firefighters from the Granadal Park “on the surface”, using a boat equipped with sonar, provided by the town hall of the Cordoban municipality of Iznajar.

A search of the surrounding area had also been carried out by police officers, in the hope that the youth had maybe managed to get out of the water somewhere along the edge of the lake without being spotted by his friends, with the friends being questioned by investigators after the boy’s belongings were found still at the edge of the lake after his disappearance, as reported by elmira.es.