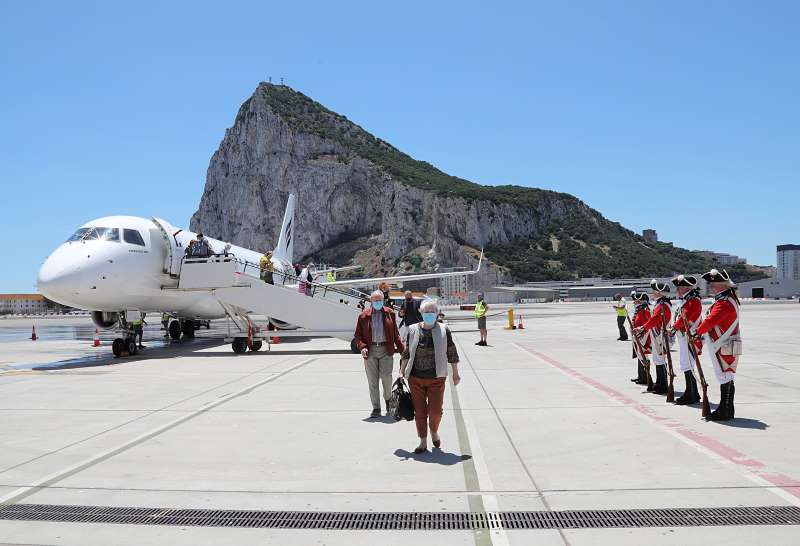 Border controls would move to the Rock's airport and port. Image: Gibraltar Government

The European Commission will present its mandate for negotiations in hopes of a deal that could be Gibraltar’s most historic since the 18th century.
The European Commission will announce this week its mandate on negotiations with the UK over Gibraltar.
Spain’s Secretary of State for the European Union, Juan Gonzalez-Barba, said the negotiations “will not be easy. Everyone has to win and everyone gives up something. As in any negotiation, you cannot get one hundred percent of the starting position.”
He added that there are no precedents on how an agreement would be reached since Gibraltar was ceded to Britain in 1713 during the War of Spanish Succession.
The Mayor of San Roque, Juan Carlos Ruiz Boix, posted on Facebook that the aim is to eliminate land border controls between Gibraltar and Spain.
“It will be eliminated, at the beginning of 2022, and Gibraltar will be added to the so-called Schengen territory, preserving family ties, neighborhoods, sharing wealth and employment over other entrenched debates for three centuries now,” he said.
An agreement struck between Spain and the UK on December 31, 2020, envisions the removal of the demolition of the 1.2 kilometre Gate that encircles Gibraltar.
If Gibraltar does join the Schengen passport-free area with Spain its international border would move from the Gate to its airport and port.
Gibraltar would also agree to apply roughly the same tariffs and VAT on goods as Spain to avoid cross border smuggling.
The move comes as La Linea de la Concepcion is seeking to change its status.
Councillors in La Linea de la Concepcion on July 8 voted to ask residents if they want the municipality to become an autonomous city with self-government like Ceuta and Melilla, Spain’s enclaves in north Africa.
The ballot will take place in the next six-to-nine months and any result would have to be approved by the Cortes General, that is the Spanish parliament and Senate.
Local government argues that the city’s dependence on Gibraltar warrants a change in status. If approved, a legal process would begin that could result in La Linea de la Concepcion remaining part of Cadiz province but no longer part of the area governed by the Junta de Andalucia.
The proposal is backed by the party that governs the city council, La Linea 100×100, which holds all seats on the council.
Antonio de Cabo de la Vega, a professor of constitutional law at the Complutense University in Madrid, said he could find no legal reason that would prevent La Linea de la Concepcion from becoming an autonomous city.
“There is no impediment or prohibition constitutional, statutory, legal or of European law for the conversion of the municipality of La Linea de la Concepcion into autonomy, under the formula of autonomous city, regardless of whether such a process is more or less complex, expensive, convenient or opportune,” he wrote in a document released on July 3.
The report also noted that “fiscal conditions are extremely lax” in Gibraltar and La Linea de la Concepcion needs greater autonomy to adapt to its proximity to the British controlled area. Gibraltar, de Cabo and de la Vega, the Spanish government and the UN point out, is awaiting “decolonisation”.
However, the EU negotiations have already agreed that they will be conducted without prejudice to any territorial claims on Gibraltar.