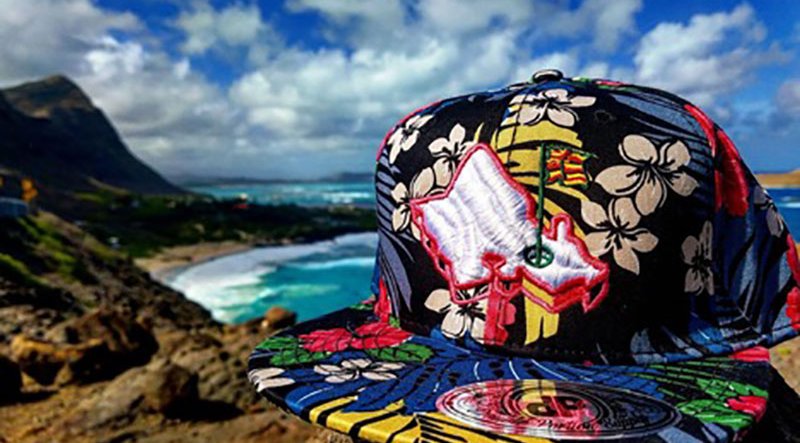 European golfing organizers can take a lesson from one American entrepreneur who sought to bring equality to the golfing world – and he is winning by doing so. Compared to other sports, golf does have more barriers, despite being one of the best-known sports globally. These barriers include accessibility, opportunity, but most importantly, the high cost of the game. Oahu Golf Apparel (OGA) is a Hawaii-based company committed to making golf more accessible to people from all walks of life.

OGA is committed to creating fresh patterns inspired by the beautiful surrounding Hawaiian landscapes. Golfing athletes around the world are warmly embracing the fun, eye-catching designs. Being dressed comfortably and in inspiring designs empowers golfers to play at their best.

The efforts of OGA toward making golf more accessible have not gone unnoticed. Since its inception in 2016, the company has been at every Sony Open handing out various clothing items from their range. These fans watching their favorite golfers of the Hawaiian leg of the PGA include many aspiring golfers from many sections of the community.

OGA also understands that golf is not an individual effort. Caddies play a vital role in ensuring every golfer plays at their ultimate potential. That is why Oahu Golf Apparel continues its effort to offer apparel to caddies and their families as part of its sponsorship program.

Junior golf programs are one of the areas where the company likes to make its biggest difference. Through their affiliation with one of these programs at the Oahu Golf Club, their policy is to donate at least 25 – 30 clothing items a month to the junior program of Hualalai Golf Course. Having access to clothing helps keep the costs down for young players, allowing them to concentrate on improving their game.

Accessible means a lot of things

Starting from the availability of comfortable clothing for professionals and aspiring golfers in all sizes to considering pricing are ways to increase accessibility to the game. There is also the question of getting away from the dowdy colors that became the norm on golf courses until just recently.

These were some of the problems OGA founder, Tim Hazelgrove wanted to solve when he decided to push the limits in golfing apparel by creating vibrant and contemporary designs. Each pattern is custom designed to match the flair of the island, making it authentic.

Even though he is from Florida, he has embraced the Hawaiian culture and wants it protected in the best possible way. Embracing the “aloha” spirit and the vibrant ecosystem shows the company’s respect for the beautiful island, and their clothing can be worn throughout the day, allowing players to go from work to the golf course and through to evening drinks with friends.

All this was inspired by Tim’s visit to a Pro Shop. As a player, he was sponsored by J. Lindenberg, a golfing clothing brand known for its flashy colors and expensive pricing.

“They were automatically pricing themselves out of most of the market,” says Tim Hazelgrove. “Kids want to wear what everybody is wearing, and my thoughts were to offer something that the kids can afford too … make the game more accessible to everyone.”

Giving their merchandise away at various events has certainly created a buzz around the apparel, and the hats, belts, and polo shirts continue to be OGA’s best sellers. The brand has become a hot seller among families, and yes, some exclusive items are set to become sought-after collector’s pieces, but the bottom line is that this is a brand helping make golf more accessible through their pricing and through giving back to their community.

Collaborations are one of the greatest ways to promote a brand, but they also help OGA in their effort to promote the game. Christina Kim, the flamboyant professional golfer has embraced OGA’s clothing items, since they match her sense of style and her game.

OGA has also shown its support for women athletes by eagerly agreeing to sponsor Haley Moore. The up-and-coming LPGA tour player suffered bullying at school because she was slightly overweight. The underlying message here is that everyone deserves a chance to prove their worth in a game designed to suit everyone.

“No one should be denied the right to play golf, no matter their age, size, financial status, or anything else for that matter.” – Tim Hazelgrove.

OGA is hitting a busy phase, and is currently working on some big brand collaborations for 2022. These are set to further bring their apparel to the forefront, increasing their effort of making golf more accessible. An effort they work hard at from every angle, making them stand out in the golfing community.