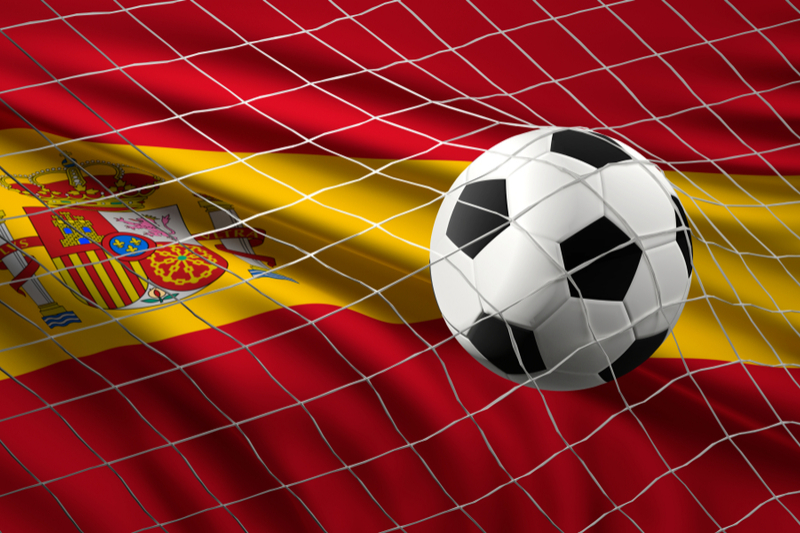 They lit up the EUROs but lost out to Italy, now a select group of Spanish footballers are on another mission this summer – one they hope ends with them being named Olympic champions.

When the Spanish national team booked their spot in the quarter-finals of EURO 2020 courtesy of a 5-3 win against Croatia, one of the names on the scoresheet was aware he could gain more than just European glory this summer. Mikel Oyarzabal, 24, who plays for La Liga side Real Sociedad, is one of six young Spanish players who playing in Tokyo.

The emphasis on young players at the Olympics is due to a rule that imposes a maximum age of 23 on men’s footballers, since amended to 24 due to the delay of the Games due to Covid-19. Nations can also include three over-age players.

Pedri and Garcia are making history already at senior level, with Spain starting two players under the age of 21 for the first time in a European Championships game, in the match against Croatia. Pedri also became the youngest Spanish player to appear in a European Championships final tournament match when he started the game against Sweden aged 18 years and 201 days.

Luis Enrique introduced the Athletic Bilbao player as his first-choice goalkeeper in the World Cup qualifiers back in March, ahead of experienced Manchester United keeper David de Gea. Yet it was the displaced keeper who put a comforting arm around the usurper after the 24-year-old let in a howler against Croatia in a Euro 2020 last-16 knockout match. De Gea, who was on the bench, waited for Simon as the players trudged off the pitch at half-time at 1-1, with words of comfort after a long-distance back pass from Pedri squirmed under Simon’s feet and into the goal.

An incredibly open game ensued with Simon conceding two further goals in the last minutes to enable Croatia to level up the scores at 3-3, taking the match into extra time. Simon quickly redeemed himself, however, with a number of saves, and Spain scored twice more to win 5-3.

“Unai gave a lesson to kids everywhere,” said Spain manager Luis Enrique after the match. “Football is made up of errors and his reaction, making great saves, was an example of why we have such confidence in him.”

What a season the FC Barcelona player is having. After making his debut with the La Liga club in September 2020, he went on to score his first goal in his first Champions League game. By May 2021, he had made 50 appearances with the Blaugrana, in all competitions. He only made his debut with Spain in March 2021. Against Slovakia, he was a true maestro, involved in three of the five goals while also forcing the Slovakian error that led to a penalty missed by Alvaro Morata.

In the absence of Sergio Ramos, who was omitted from Spain’s squad for the first time at a major tournament since his debut in 2005, the Villarreal centre back played the first two games against Sweden and Poland before being dropped against Slovakia. However, a few seconds after coming on for Garcia for the last 20 minutes, his goal-bound header led to Juraj Kucka’s own-goal. In the last-16 match against Croatia, Torres managed an assist six minutes after coming on in the 70th minute.

A late bloomer with the national team, Torres has only one cap with the U21s. However, he scored on his debut with the senior team in November 2019, in an inconsequential Euro 2020 qualifying match due to Spain already having cemented their place at the finals. La Roja ran out 7-0 winners against Malta, with Torres scoring within a minute of coming on after replacing that man Ramos.

The U17 and U19 European Championships winner got his first minutes and first start at a senior European Championships when Spain played Slovakia, playing in defence alongside his one-time club team-mate Aymeric Laporte. Garcia kept his spot against Croatia in the last 16 and was substituted off for Pau Torres in the 71st minute when the score was still 2-1 to Spain. Garcia will re-join Barcelona this summer from Manchester City where he joined Pep Guardiola from La Masia, no doubt hoping to emulate Gerard Pique’s legendary career.

The 23-year-old has one of the most atypical profiles in this Spanish squad. Having trained at Espanyol and Barcelona, it’s with Dinamo Zagreb in Croatia – the nation La Roja met, and beat, in the last 16 – that Olmo turned pro. He then moved to RB Leipzig in the Bundesliga where he gained some Champions League experience – two goals in ten games over two seasons. By then, the Catalan midfielder had already been called up to Spain’s senior team and scored on his debut. He also won the U21 European Championships in 2019.

Getting his minutes after coming off the bench, Oyarzabal did not received much game time in the European Championships but the Basque still managed one shot off target against Slovakia before scoring a crucial fifth in the 5-3 win over Croatia. The Real Sociedad striker is another 2019 U21 European winner, and also played in the 2017 final. Vicente del Bosque gave him his first cap with Spain in 2016 but he had to wait for 2019 to get his second call-up, a game in which he scored in a 3–0 victory over Sweden in a Euro 2020 qualifier.

Football at the Olympics

Sixteen teams will play in the men’s tournament at the Olympics. In all, seven stadiums will be used for the men’s and women’s tournaments, including some from the 2002 FIFA World Cup that Japan co-hosted along with Republic of Korea. The men’s group stage will start on July 22 and the final will take place on August 7.