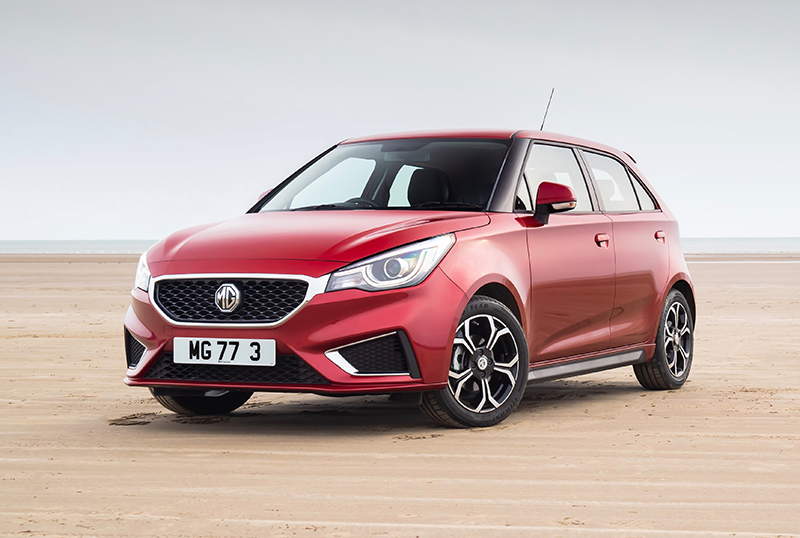 MG was an iconic British car, but in terms of new models is now an iconic British badge. Taken from the ashes of the Rover Group the Chinese car maker SAIC owns MG and produces a small range of cars and SUVs in petrol, hybrid and all-electric.

The main models are SUVs, understandable given their popularity, and just two cars, one of which is the MG3 supermini.

The Achilles heel of the MG3 is its engine, a four-cylinder, 1.5-litre petrol unit that is best described as old school technology. Mated to a manual five-speed gearbox the combination is adequate, but lacks sufficient power and at cruising speed you always find yourself going for a sixth gear that isn’t there.

At 70mph the MG sits at around 3,200 rpm, which makes things a tad busy where a more relaxed gearing pattern would help. The need to work the engine also doesn’t help the economy, my mainly local driving week saw a 7.2 l/100km (39mpg) average.

On cross country roads the MG comes alive with decent steering and a slightly firm suspension set-up that keeps the car sitting quite flat through energetic cornering. The power is at the higher end of the engine’s rev range and with a nice gear change makes it a fun drive.

The nearest equivalent Ford Fiesta will set you back an additional €5,407 (£4,695), that’s a substantial difference. Of course, the Fiesta will depreciate less, most likely prove more durable on the quality front and drive better.

Keep the MG for a longer time though and allied to that cheaper price tag it makes for an appealing proposition.

Despite some misgivings the MG is an endearing car, it handles well, is good fun and very well priced. It’s comfortable with a good driving position and for those on a budget the cheapest way to get a new car that is a bit different, to the normal mass of budget cars, and actually doesn’t look like a budget model.