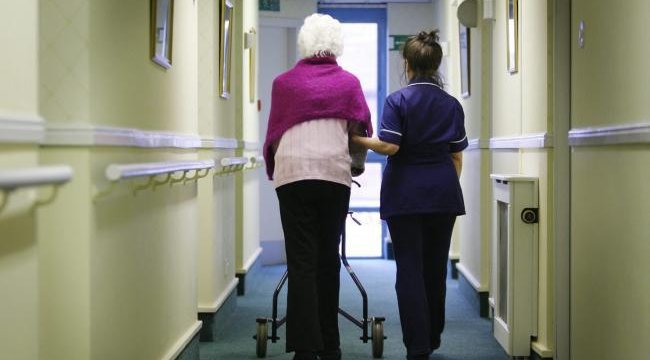 Spanish woman living in the UK for 44 years sacked from her care worker job over post-Brexit rule changes.

A Spanish care worker who arrived in the UK as an 11-month-old baby has lost her job as a consequence of Brexit rule changes.

The Spanish woman, 45, said she had applied for EU settled status in order to remain in the UK after the deadline last month but soon found out her application is amongst 500,000 cases the Home Office has still to process.

The unnamed woman, claims she has called the department’s helpline more than 100 times in recent weeks but has never been able to get through to an adviser.

At the end of June, her care home employers found she could not prove her right to work in the UK and asked her to demonstrate her status. She told the newspaper it was like the bosses “were accusing me of coming here on the back of a lorry”, and explained how she cried during a meeting with them.

The 45-year-old faced difficulties in applying for settled status as she did not have a British or Spanish passport, making her ineligible for a digital application and instead of having to send her birth certificate in a complex printed form.

“Because I’ve been in this country all my life, I didn’t think I would have any problems,” she explained. “My husband and two children are British.”

At the start of July, she was fired, with her employer’s warning they faced a fine if she continued working for them.

SNP Westminster leader, Ian Blackford, said the woman’s experience was exactly what the UK Government had been warned about.

“And so it begins. The blame for this lies fairly and squarely at the door of [Boris Johnson]. A woman who has been here since a baby was denied her right to work. I hope this is fixed asap but this will be the first of many, ” he wrote.

“The Scottish Government does not accept that our EU citizens should have to sign up to any sort of scheme,” she said. “Indeed, Michael Gove, the Prime Minister and Priti Patel all gave assurances during the 2016 referendum that there would be ‘no change’ for EU residents here.”

Rejoiners vented their anger over the news today, however, many questioned why she waited until 2021 to apply for residency – something that has been available for all EU citizens for years.

As the woman has been a resident in the UK for more than five years, she would have been eligible for Settled Status under the post-Brexit withdrawal agreement. The free scheme ended for most people to apply on June 30.

One person wrote: “She has tried over 100 times in the last three weeks. Well fancy leaving it till last minute like that.”