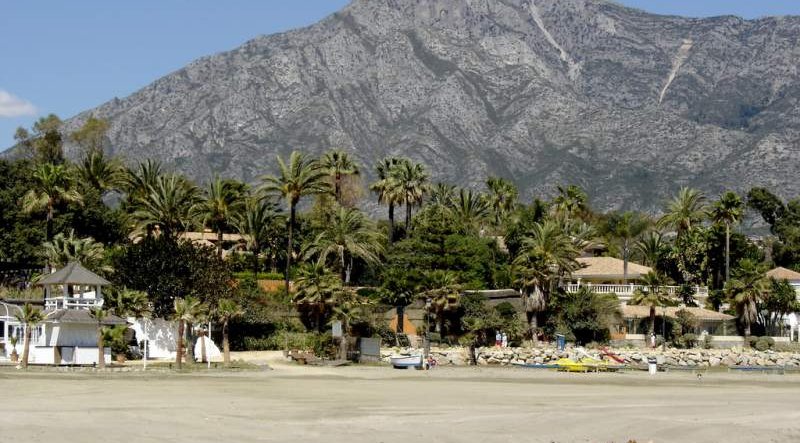 A POLICE officer has saved a 60-year-old who got into trouble in the sea in Malaga.

The police officer rescued the man on a Malaga beach.
The incident took place on Saturday, July 10, when the man began to have difficulties getting out of the water due to the state of the sea.
A police officer was alerted by a woman who stated that his father needed help, after strong waves prevented him from getting out of the water and he was being carried out to sea.
The officer jumped into the sea to the aid of the man, struggling to reach him because he was about 80 metre from the shore, before finally catching up with him and bringing him out of the water.
The daughter of the rescued man went to the Provincial Police Station to deliver a letter of thanks, saying, “if it had not been for the rapid action of the agent, we would be facing a misfortune.”
The news comes after a man drowned trying to rescue two swimmers who had got into difficulty
According to the Emergency Information and Coordination Center (CICU), a 53-year-old man died on Tuesday 6, when he drowned off a beach in Benicarlo, in the Castellon province, after allegedly jumping into the water to try and rescue two people who had shouted for assistance because they could not get out of the water.
CICU say they received a call at around 9am this morning from an individual reporting seeing two people in distress in the waters off Morrongo beach, in the town of Benicarlo, and that two other people had already been seen in the water trying to help them.
A Basic Life Support (BLS) unit was deployed to the beach location, where their medics treated a man and a girl who had been rescued from the water, unharmed, but then, CICU received another call reporting that another man been pulled unconscious from the water, so a SAMU unit was mobilized to the scene, along with a Primary Health care physician from the municipality’s health center.
Medics from the SAMU team reportedly performed advanced cardiopulmonary resuscitation maneuvers and other recovery techniques on the man, but to no avail, and he was confirmed dead at the scene. As autopsy will reveal the cause of his death of him.
The local Fire Brigade had mobilized a crew and a rescue boat from Baix Maestrat, and was the one responsible for the rescue of the two people who were having problems in the water, around 500 meters from the shore, and the same crew was the one who rescued the man from the water, who later died following the incident in Castellon.