A record 430 migrants cross English Channel in one day 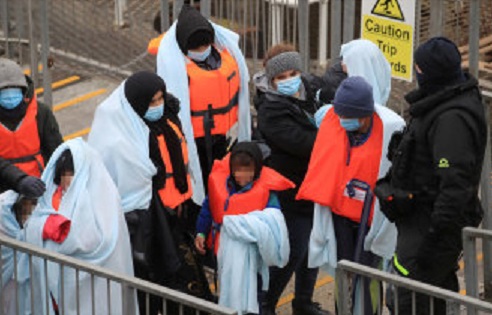 A record number of migrants have crossed the English Channel in a single day.

At least 430 migrants crossed the English Channel today, Monday, July 20, which is a new record, according to the Home Office.

The department has said it is taking “substantial steps to tackle the unacceptable problem of illegal migration”.

Approximately 50 people were seen arriving in a dinghy on the Dungeness beach in Kent, a group that included women and children.

This year so far, almost 8,000 people have arrived in the UK in about 345 boats. The previous highest number was 416 in September last year, according to the BBC.

Priti Patel, Home Secretary of the UK, promised to make Channel crossings “unviable”, bringing in new legislation that will mean it is a crime to arrive in the UK without permission. Migrants knowingly arriving without permission could face four years in prison if the Nationality and Borders Bill is passed.

The UK government hopes to deter migrants from crossing the channel with an overhaul of the asylum rules. These plans, however, have been criticised by charities including Refugee Action, who call the rules “extreme and nasty”.

Dan O’Mahoney, clandestine channel threat commander, said: “There is an unacceptable rise in dangerous small boat crossings across the channel because of a surge in illegal migration across Europe.

“People should claim asylum in the first safe country they reach and not risk their lives making these dangerous crossings. We are continuing to pursue the criminals behind these illegal crossings.”

He added that the Nationality and Borders Bill would help to “protect lives and break this cycle of illegal crossings” and that the government was continuing to return those without legal right to reside in the UK.