The Castillo de La Calahorra in Granada, location of a famous 1970s film 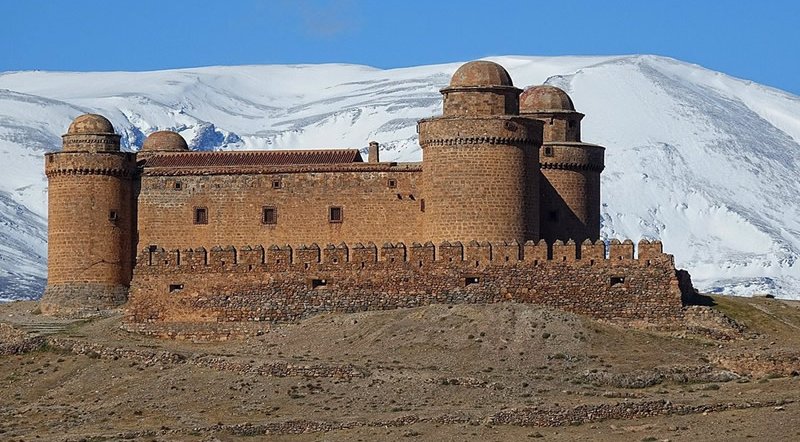 THE Castillo de La Calahorra is located on a hillside in Granada province, and was the location used in a famous David Essex film in the 1970s

If you travel in the province of Granada, and go to La Calahorra, then you simply can’t miss the spectacular Castillo de La Calahorra, situated on a hillside with the stunning backdrop of the Sierra Nevada foothills in the beautiful Andalucia region of Southern Spain.
Built between 1509 and 1512, this stunning old castle was declared a Bien de Interés Cultural monument in 1922, and was one of the first Italian Renaissance castles to be built outside of Italy.
If you are a film fan then you might have recognised the castle, as it was featured in the 1974 film Stardust – the sequel to Essex’s smash hit film ‘That’ll Be The Day’ – as the retreat bought by the famous pop star ‘Jim MacLaine’ – played by David Essex – in the latter parts of the film, also starring Adam Faith and Larry Hagman.
The film continues the story that started in the first one, where Jim MacLaine went from working in a fairground in the 1960s to forming a band called The Stray Cats, who, as the movie finishes, are about to be launched to pop stardom.
Adam Faith plays Mike Menary who goes on to be MacLaine’s manager in Stardust, giving a powerful performance, and really stealing the limelight from the film’s main character in my estimation, as we watch him dealing with MacLaine’s new-found fame as they hit the 1970s, declining into a drug-addicted recluse, living in the Castillo de La Calahorra.
It would be a shame if you did go to visit this castle, not to make a day of it and also drive up to the Sierra Nevada – in English, the name means ‘a mountain range covered in snow’ – as it contains Mulhacén, the highest peak on mainland Spain, rising 3,479 metres (11,414 ft) above sea level, where you can enjoy skiing in Winter, and beautiful hikes during Summer, along with a whole load of other activities.