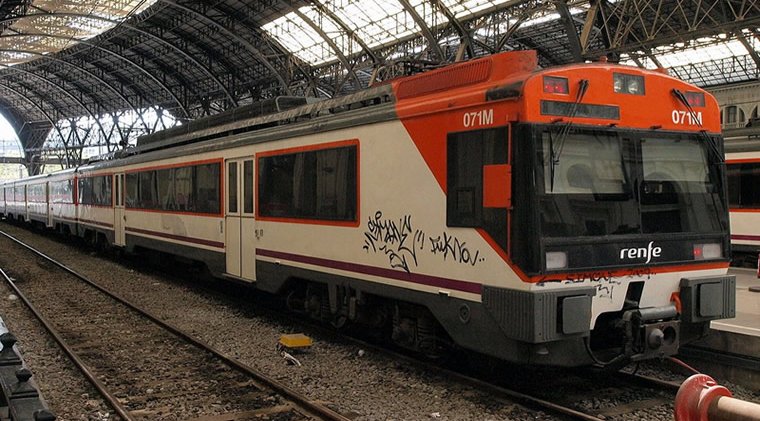 Video footage – which you can view below – has been released by the Adn Sindical Seguridad y Servicios de Cataluña railway union, that was recorded by a passenger of a Rodalies train in Barcelona at around 7pm last Sunday 18, in which two of the train’s security guards can be seen asking a young man to leave the train at the next stop, after a Renfe inspector discovered that he didn’t have a ticket.

Eventually, the ticketless passenger turns violent and attacks the two guards, who finally, after exchanging blows, manage to throw him out of the train carriage and onto the platform at the Mollet Santa Rosa stop.

Denying that he was travelling without a ticket, the passenger complained that the two guards were going to make him late for work and is seen in the video suddenly starting to beat one of the two private security guards, punching him and also kicking him, ending up throwing him to the ground, at which point his partner tries to beat the violent traveller down with a baton until he pushes him out of the carriage.

The Adn union affirmed in a statement that “although the intervention leaves much to be desired, the guards are surprised by the aggression”, and that, in addition, “they limited themselves to comply with the order of the inspector, and that they act ‘in self-defence’. The blows carried out by one of the guards in his defence are not carried out with brutality,”

Officers from the Mossos d’Esquadra were called to the scene to deal with the man because after leaving the carriage, he stood in front of the train to prevent its departure, as reported by 20minutos.es.