Man dressed up as his wife to board plane after testing positive for Covid-19! 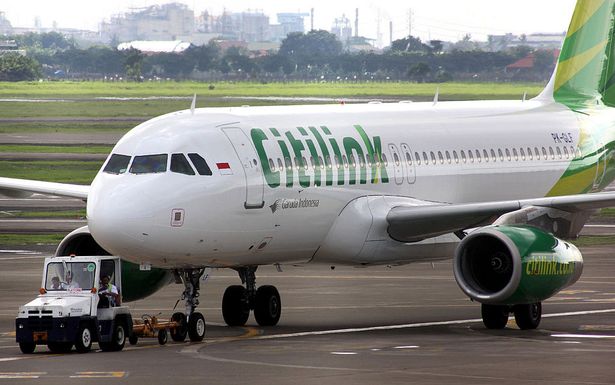 Man dressed up as his wife to board plane after testing positive for Covid-19! image: Wikipedia

A man dressed up as his wife to board a plane after he tested positive for Covid-19!

A man disguised himself as his wife in order to board a flight after he had himself tested positive for Covid in Indonesia, according to a report from Citilink.

The husband boarded the plane dressed in a robe and a niqab (a garment of clothing that covers the face, worn by some Muslim women) that covered him from head to toe to fly on a Citilink flight between Jakarta to Ternate.

The man, identified only by his initial DW, is now facing arrest after the cabin crew saw him go into the toilets in the disguise – but to their surprise, he came out minutes later wearing men’s clothes! according to a report from CNN Indonesia.

Airline security later said the man had used his wife’s ID and negative PCR test results to board the plane at Halim Perdana Kusuma Airport in Jakarta.

A flight attendant reportedly told authorities that she saw ‘DW’ go into an airplane bathroom, then come out wearing normal men’s clothes instead of the niqab. She then notified airport authorities in Ternate who later detained him upon landing.

The man was tested by an on-site health officer for Covid-19, and the PCR test came back positive, according to officials.

“The airport immediately contacted the Ternate City Covid-19 Handling Task Force team to evacuate the man while wearing personal protective equipment (PPE), and then taking him in an ambulance to his house (in Ternate City) to self-isolate, where he will be supervised by Task Force officers,” said Ternate Covid-19 Task Force Operational Head Muhammad Arif Gani.