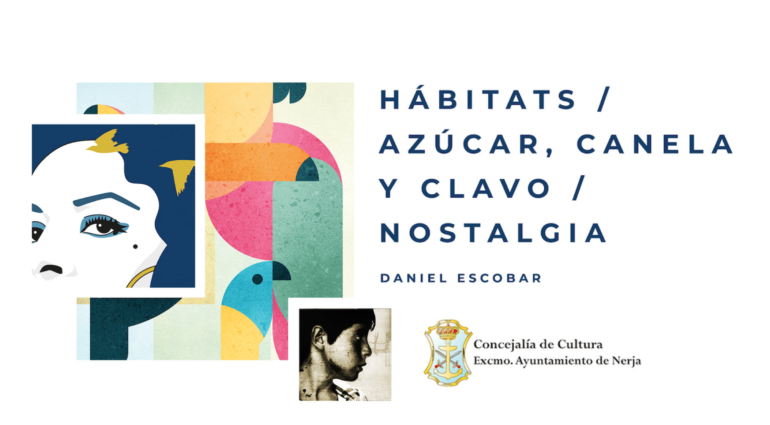 The Municipal Exhibition Hall in Nerja is hosting an exhibition by graphic designer Daniel Escobar, also from Nerja.

The Councillor for Culture, Gema Laguna, has announced that the Municipal Exhibition Hall is hosting an exhibition by the graphic designer from Nerja, Daniel Escobar, which opens tomorrow, July 22. It can be visited until August 7, at Calle Almirante Ferrandiz 14, during opening hours from 12pm to 2pm and from 8pm to 1pm.
“Under the title ‘Habitats / Sugar, cinnamon and cloves / Nostalgia’ the exhibition brings together a total of fifty works that are divided into three thematic areas and in different styles of graphic design,” said the councillor.
With ‘Habitats’ the author seeks to honour biodiversity and natural ecosystems, with the aim of raising awareness about the need to care for our environment.
‘Sugar, cinnamon and cloves’ is dedicated to illustrious women of the 20th-century Spanish song who left their mark on our society.
Finally, with ‘Nostalgia’, the author tries to awaken in the visitor’s memories and memories of his childhood.
Gema Laguna invites residents and visitors to come to the Municipal Exhibition Hall starting next Thursday and enjoy the works made by this Nerja designer.
The news comes as an Irish man who is raising money for motor neurone disease has arrived in Nerja after cycling 2,750 kilometres from Ireland.
Alisdair Anderson arrived in Nerja after cycling from Dublin to raise nearly €60,000 for the Irish Motor Neurone Association.
Nerja councillors Daniel Rivas, Javier Rodriguez, and Javier Lopez, received Mr Anderson after he arrived back in Nerja following his cycling challenge. The councillors gave him a commemorative plaque on behalf of the council in recognition of this work and praised Alisdair’s efforts to raise funds in tribute to his partner, Ruth Staines, who died of the disease at the age of 31, in April.