The history of Mijas – Shaped by a wide variety of cultures 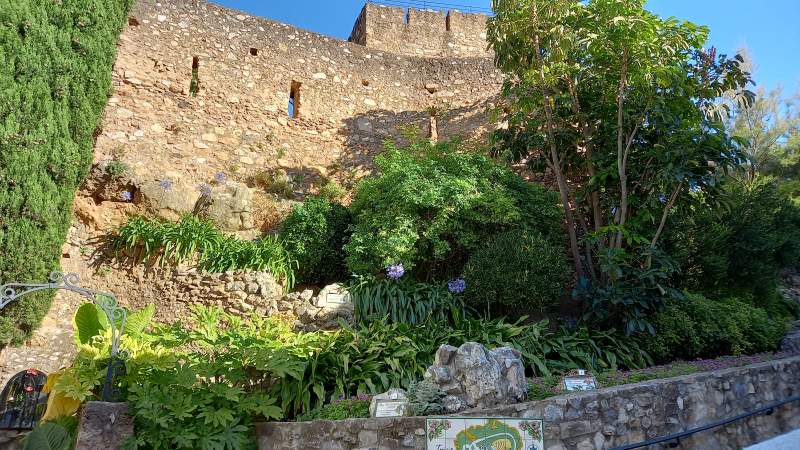 Ancient remains can still be seen in the town

LIKE most towns in southern Spain, Mijas has a rich and varied history during which the people who have inhabited the area have shaped it to be what it is today.

Mijas was inhabited by humans in prehistoric times as far back as the Upper Paleolithic, with remains having been found from the Bronze Age.

There are remains from the Iron Age near the Fuengirola River which show there were settlements in the area.

From 900 BC, like other areas along the coast of Malaga, the area now known as Mijas was inhabited by the Phoenicians who generally settled at the mouths of rivers and would then begin to trade with the local population.

The walls of Mijas Pueblo are from the Phoenician era, and remains have ceramics have been found which prove there was an established population in the area until the second century BC when the Romans began to arrive in the area and became the dominant culture.

When the Romans arrived in the area, they built roads which allowed them to safely get between the South of Spain and Rome, for commercial matters and for the movement of soldiers.

One such road, which is documents in the third century, linked the cities of Malaca (Malaga) and Gades (Cadiz) and went through what is now Mijas, also used by other smaller towns.

Remains discovered in the area show that there was a Roman city called Suel, although the usual buildings like temples, forum, theatre, have not been found. Experts believe they would have been on the right side of the river, in the area where El Chaparral Roman Villa has been found.

At the time, Mijas may have been called Tamisa and was an important producer of marble from the nearby mountains. Ceramics and coins from the first century BC to the fourth century have been found.

Like most of the south of Spain, Mijas comes under Islamic rule following the invasion of troops from the Umayyad Caliphate of Damascus in the eighth century.

For the following 700 years, Mijas is part of Al-Andalus, and although little is known of this time, there are documents which reveal there were uprisings in rural areas.

During  this era, Mijas grew both demographically and economically and when it was recovered by the Catholic Monarchs in 1487, there are three areas, Mixas, Osuna and Oznar, as well as the Sohayl fortress.

There were numerous farms, which mainly produced figs which were exported. Ceramics from this era have been found throughout all areas of the town.

It is interesting to note that while Ronda, Marbella, Fuengirola and Benalmadena are all conquered by Catholic troops in 1485, Mijas resisted for two more years.

After Southern Spain was recovered by the Christians, 50 families settled in the area and the lands were divided between them.

Many Muslim residents remained in the area, but the coast was abandoned after just a few years, mainly due to attacks from pirates, and the locals headed to the mountain.

The response to the attacks from pirates from North Africa was to build watch towers all along the coast from Calahonda to Calaburra.

One of the first buildings to be erected in what is now Mijas Pueblo was the Inmaculada Concepcion Church, which was completed in 1631 and which became a refuge for locals on several occasions. By 1712, there were 1,800 residents.

It wasn’t until 1841 that the Sohayl Castle and surrounding areas separated from Mijas and formed what is now Fuengirola.

During the 17th and 18th centuries, Mijas mainly mined marble which was used in Malaga Cathedral, Sevilla, Granada and even Burgos. Farmers continued to grow figs and later grapes.

IN the 19th century during the War of Independence, Mijas was occupied by Napoleonic troops in 1810 and was the setting for many battles between Spanish and invading troops.

That same year, around 2,000 Spanish and English troops, under British General Blayney, disembarked on the beach of La Cala de Mijas, intending to attack the castle and rid the surrounding areas of Napoleon’s soldiers. Despite the six English ships supporting the campaign, they failed miserably and Lord Blayney was taken prisoner. This was one of the most important battles of the era in Andalucia. However, in August 1812, French troops left Mijas and went to Malaga. From there they left the province and headed north.

In 1841, Fuengirola became independent from Mijas.

During the 19th century, the town’s economy was based on farming and the paper industry.

Taking advantage of the water which flowed naturally from the mountains, several mills were built especially in the Osunilla and Santa Ana areas. There were also existing mills from Medieval times, for oil and bread, which continued to be used.

Figs trees had been replaced by grapevines and 80 per cent of the land was used for vineyards, attracting workers from other parts of the province who then settled in Mijas and causing the population to rise rapidly. However, a plague of phylloxera at the end of the century totally decimated the vines and people started to leave. The population growth did not start again until after the Spanish Civil War.

From farming to tourism

Until the mid-20th century, the town’s economy is based around the local mills and every household in the rural areas had their own oven and granary. There was a complex system for irrigation with more than 200 kilometres of channels.

From the late 1950s and especially between 1960 and 1980, huge changes begin to occur in Mijas with the arrival of tourists on the Costa del Sol. Many landowners sold their properties to developers who were building the first urbanisations which became home to the areas foreign residents. This newly arrived financial activity led to a huge development in the services sector while farming declined. The population also skyrocketed from 7,000 people at the beginning of 1950 to more than 33,000 at the beginning of the nineties. The population is now around 87,000 people.

Where does the name Mijas come from?

Mijas as a settlement was founded by the Turdetani, who were an ancient pre-Roman people of the Iberian Peninsula who lived in the Guadalquivir valley. Under Roman rule, the area was a fortress from which the coast was defended and they called it Tamisa. In 714, under Arab rule, the name was changed to Mixa. This is why you will still find the name Tamisa used in the town.