Very high temperatures forecast for Spain and the Balearic Islands 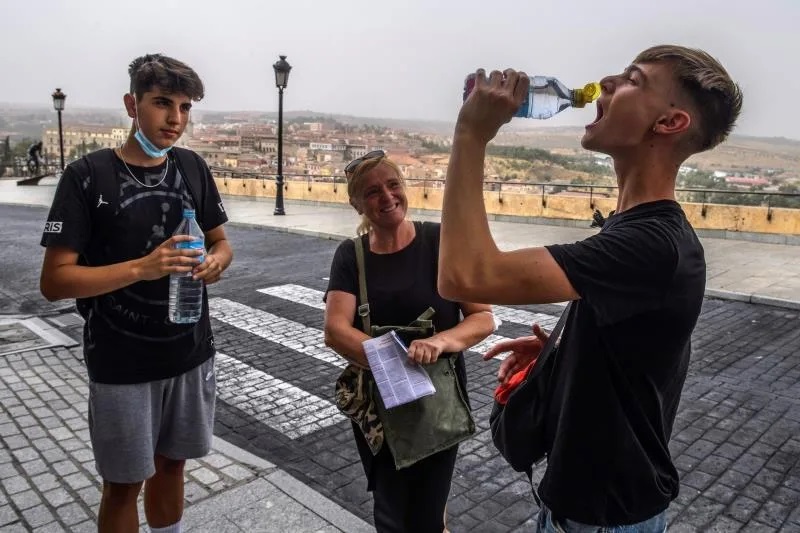 Very high temperatures have been forecast for Spain and the Balearic Islands by the state meteorological agency AEMET.

Spain’s State Meteorology Agency (Aemet) has forecast significantly high temperatures across much of the interior of the peninsula and the Balearic Islands, which are expected to exceed between 36 and 38 degrees, with Ebro and Guadalquivir valleys taking the brunt of the heat today, Wednesday, July 21.

Aemet also shows on their weather maps cloudy skies on the northwest coast of Galicia with the possibility of some light rain. Intervals of morning clouds will appear with some fog banks in the rest of Galicia, Cantabrian Sea and on the coast of Andalucia, with a tendency to be slightly cloudy during the day leading to a ‘hot and sticky’ atmosphere.

It may be a little cloudy or clear at the beginning of the day across the rest of the country, according to the agency, but with a daytime evolution of cloudiness in mountainous areas of the north and northeast of the peninsula.

Isolated showers or storms have not been ruled out, and are more likely in the Pyrenees. In the Canary Islands, cloudy intervals are predicted to the north.

Maximum temperatures are predicted for most of the Peninsula and the Balearic Islands, except on the western coast of Malaga and the Strait, where there will be a decrease in the heat.