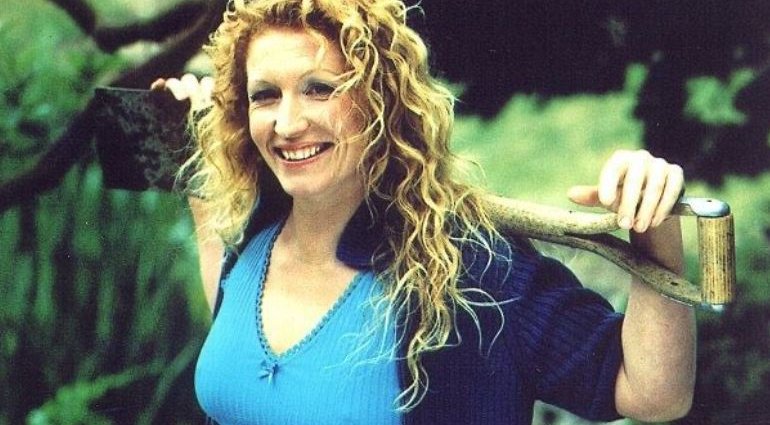 Charlie Dimmock reveals that she was warned by a TV legend to wear a bra after her ‘no underwear’ confession.

BBC’s Garden Rescue star, Charlie Dimmock has confessed that once TV icon Esther Rantzen advised her that she should not go braless when appearing on television.

Charlie first appeared on TV in the early 90s and became well known for the TV show Ground Force. Charlie quickly became a household name, but this was possibly as much for her lack of a bra as it was for her stunning gardening skills.

Many of her wardrobe decisions were considered controversial. Charlie was known for getting stuck in along with fellow TV hosts, Tommy Walsh and Alan Titchmarsh on Ground Force.

Charlie eventually gave in and accepted Ester’s advice, and took to wearing a bra. Speaking to The Independent Charlie said: “The TV presenter Esther Rantzen said to me, ‘You’ll be labelled the braless one for the rest of your life’,

“Ground Force was a long time ago, and I have to say, even now, people will bring it up.

Charlie had originally ditched her bra due to how uncomfortable she finds them, especially when moving around the garden.

“It was always just for comfort,” said Charlie.

“If you’re swinging a sledgehammer, you want to be comfortable! People say, ‘Why don’t you wear a sports bra?’ But those are not the comfiest things in the world.”

Previously Charlie spoke to The Mirror about her underwear antics. “I only wear underwear if I have to get undressed in front of someone,” said Charlie in a 90s interview.

“So, no bra. And no knickers either. But if I do wear knickers, they’re sort of Marks and Sparks 12-14s, because I cannot abide tight knickers.

“I find thongs quite uncomfortable as well. So, I’m better without knickers altogether.”