The importance of Christian names by columnist David Worboys 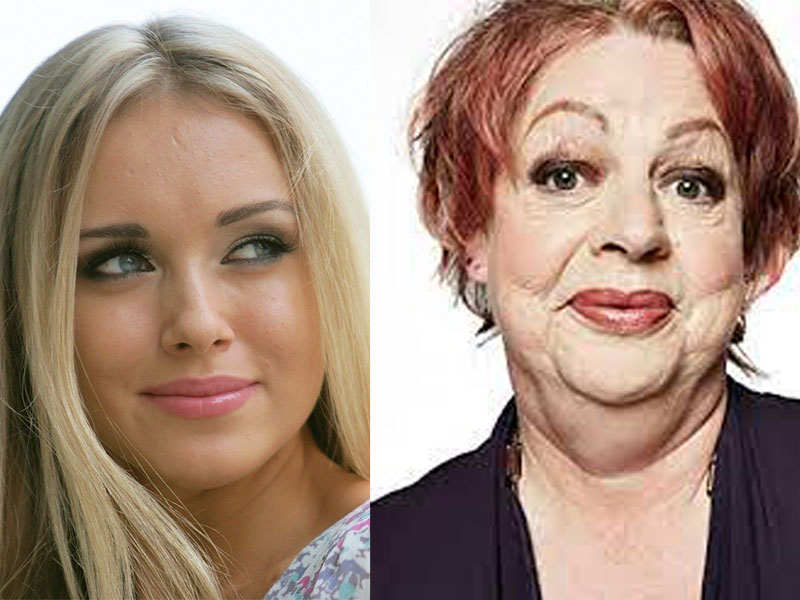 NAMES: Bella is not a suitable name if you look like Jo Brand.

I am fascinated by the surnames (or family names) that we inherit at birth but also by Christian names bestowed upon us shortly afterwards.

Many families are named after birds, such as Finch, Starling and Wren. Some of those named after a nightingale spell their name Nightingirl, which raises a few questions. How long has Spencer Nightingirl been cheating on his wife, for example?

A family is more likely to be named after a bird than a type of metallole organoarsenic compound with the formula C4H4AsH. In this unlikely event, the family name would be Arsole. I was brought up to believe that an arsole was a cad, an idiot or a useful part of the anatomy.

I have never heard of a Millwall supporter called Marmaduke, for instance.

If there were such a person, I should imagine he would need to be a mighty good street fighter to deter the taunts and bullying such a name would have attracted at school and at The Den. Conversely, there are certain names considered unsuitable for a future British monarch. Even in today’s liberal environment, a King Elvis or Queen Madonna in Buckingham Palace is about as likely as a rocking-horse winning the Epsom Derby. Come to think of it, King Marmaduke would raise a few weary laughs.

It is impossible to know how a new-born baby is going to turn out. Will he be obese at 12, 6’5” at 17 or as thick as a plank? Will she be timid, ginger-haired or treble-chinned at 10? So, if we stray too far from the conventional name, there is plenty of scope for getting it hilariously wrong.

It would have been difficult to predict the evolvement of Michael Jackson through his various stages of physical appearance and artistic talent.

The name Michael was perhaps a wise choice, if not the most appropriate.

The Corker parents need to be pretty confident about the physical breeding of their baby daughter before choosing Isa as her name (although his inappropriate appellation does not seem to have bothered Lord Adonis).

A distant relative of mine was christened Bubbles. She was a gloomy introvert with short straight dark hair and a pallid complexion.

The kind who lit up a room every time she left it. I remember a girl at school with body-odour who suffered daily jibes because her name was Rose, while a neighbour’s daughter with uneven grey teeth was called Pearl. Bella and Linda are also risky names for a girl who is going to look like Jo Brand.

An ebullient Irishman I worked with in Vienna was actually named Harry Curry.

The actress Minnie Driver in fact drives a Lexus RXL.

Even with the most conservative of Christian names, the unexpected can happen. In 1986 a Yorkshire woman christened Mary, married a postman called Leeroy Christmas.