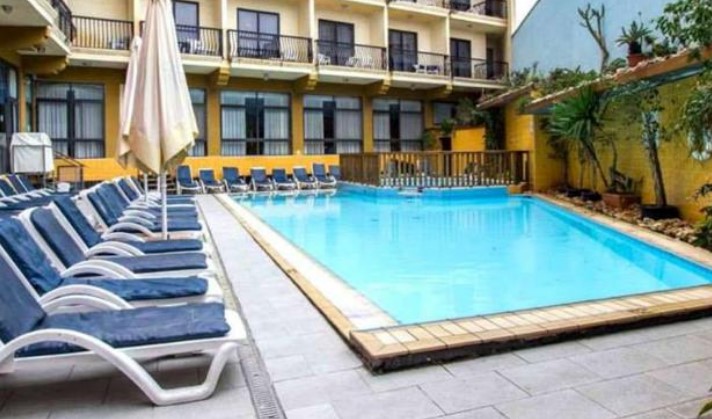 GROUP of 44 Spanish schoolchildren has been confined to their hotel rooms in Malta since July 10, after some had tested positive for Covid

A group of 44 Spanish schoolchildren aged between 11 and 14 years, who had visited Malta to attend an English-language course run by Education First, have been confined in the Hotel Bellavista, on the Mediterranean island since Saturday, July 10, after some of the children had symptoms of coronavirus, and tested positive in antigen tests.

According to reports from the parents of some of the children, they have been kept in groups of two or three per room, without medical attention, with only the supervision of the monitors who had accompanied them, and in hygienic and sanitary circumstances that are more than doubtful.

Laura Turi, a mother of one of the kids, told RAC1 radio station, that her son and the rest of the children have not received a visit or follow-up by any doctor, saying, “It is not correct that the children are left alone, and that no doctor has come to see them, when they have been there in temperatures of more than 39 degrees for days, and not given anything to drink.”

“I was able to speak with the one monitor who has stayed, who was desperate,” said Ms Turi, going on to explain that “the problem is not that they are confined, but that they are neglected, and do not receive enough information,” adding that she had been told that two of the other monitors have already left the island after taking tests and showing negative.

Ms Turi claims that the agency has not fulfilled its promise, because, “they said they would be confined for 14 days, that we would not suffer for anything, that they would go to the rooms and everything would be controlled, but, when you talk to the children, they say that they are unwell, and that someone just passes by and leaves a thermometer and a pill at their door,” adding that she and other parents are considering taking legal action against Education first.

Xavier Marti, the general director of Education First Spain, however, gives a contrasting version of events, assuring that the agency has “a highly experienced team made up of up to nine people, who are in Malta giving all possible support to the children. We want to reassure the families, because we will know how to do it, and we will get them to be as good as possible.”

A Spanish Government spokesperson, Patricia Plaja, in a press conference, stated that, after learning of the case, the executive is carrying out steps “in case some kind of help can be given to the children and families affected,” as reported by 20minutos.es.