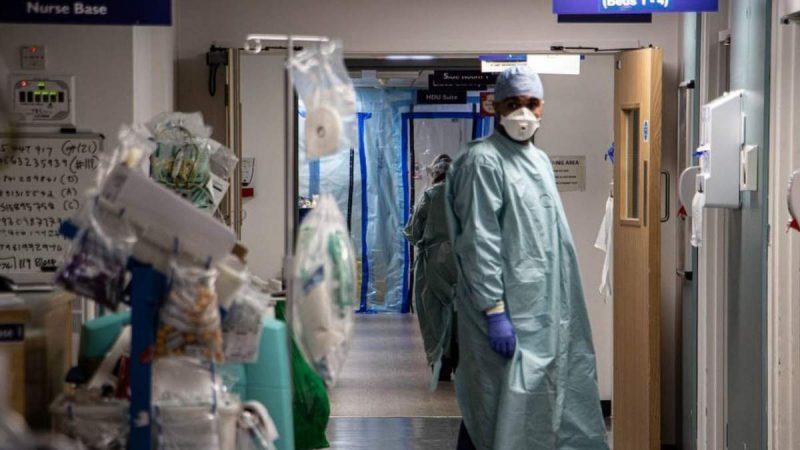 Nurses and NHS staff are furious at paltry three per cent pay rise offer and have threatened to take industrial action.

NHS staff including nurses, paramedics, consultants, and dentists in England are set to receive a three per cent pay rise backdated to April 2021 after the government accepted the recommendations of the independent NHS Pay Review Body and the Review Body for Doctors’ and Dentists’ Renumeration.

However, unions say the offer is a slap in the face after a year of pandemic which saw the NHS stretched to its limit.

For the average nurse, this will mean an additional £1,000 a year, while many porters and cleaners will receive around £540, according to the government.

“NHS staff are rightly receiving a pay rise this year despite the wider public sector pay pause, in recognition of their extraordinary efforts. We asked the independent pay review bodies for their recommendations and I’m pleased to accept them in full, with a three per cent pay rise for all staff in scope, from doctors and nurses to paramedics and porters,” said Health and Social Care Secretary Sajid Javid.

“We will back the NHS as we focus our efforts on getting through this pandemic and tackling the backlog of other health problems that has built up. I will continue to do everything I can to support all those in our health service who are working so tirelessly to care for patients,” he added.

Unite national officer for health Colenzo Jarrett-Thorpe said, “The Pay Review Body’s recommendation of three per cent is grossly inadequate and underwhelming, and in no way recognises the 19 per cent drop in real earnings that many NHS workers have endured in the last decade, nor the Herculean sacrifices that health staff have and are continuing to make as Covid infection rates rapidly rise again.

“Members have been telling us that three per cent would be insulting and show that they are not valued – it doesn’t even match the four per cent the Scottish Government offered to NHS workers backdated to December 2020.

“Three per cent will also do very little to staunch the escalating ‘recruitment and retention’ crisis and free up resources to tackle the enormous backlog in non-Covid procedures, such as hip replacements. It is estimated there are 100,000 vacancies in the health service and very little in the way of a plan to recruit the numbers needed.

“The lack of respect that the Johnson government has shown to NHS workers is breath-taking as staff now face an increase that is still lagging behind the RPI rate of inflation, currently at 3.9 per cent. New health and social care secretary Sajid Javid must give a ‘golden hello’ pay award to NHS staff and open the purse strings so we can have a NHS ‘fit for purpose’ for the 2020s.

“Unite will be consulting widely with our 100,000 members in the health service in the coming days and weeks as to the next steps which will include a consultative ballot on industrial action.”

Unite’s long-standing policy has been an immediate pay rise of £3,000-a-year or 15 per cent, whichever is greater.