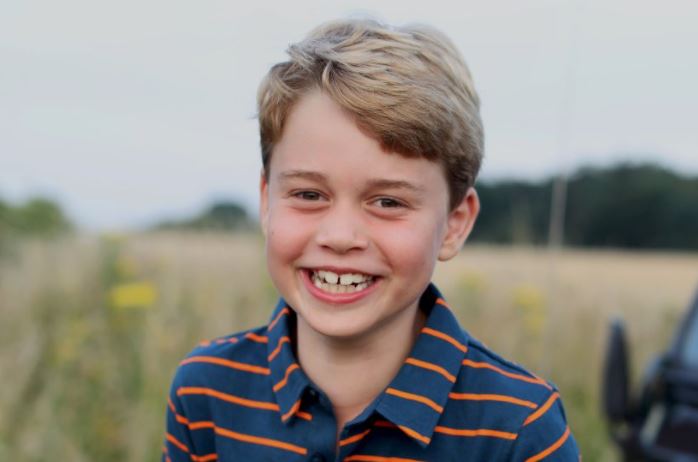 Prince George turns eight years old today, Thursday July 22, something which the British public and the Royals are celebrating.

The Duchess of Cambridge took to Twitter to release a stunning photo to mark the occasion. The photo was taken by the Duchess herself and George is third in line to the royal throne.

Prince George along with Princess Charlotte and Prince Louis have endured a rocky year during the pandemic, as have many youngsters in the UK and across the world. The Duchess of Cambridge has released a stunning photo to mark the occasion something that she does regularly to mark Royal birthdays.

The Duchess also released photos to mark the birthdays of Princess Charlotte and Prince Louis, which were in May and April.

“The Duke and Duchess of Cambridge are very pleased to share a new photograph of Prince George ahead of his eighth birthday tomorrow. The photograph was taken earlier this month in Norfolk by The Duchess,” said a Kensington Palace spokesperson.

George has made the most of the year and even made it to the Euro 2020 finals, only to see England see victory slip away. Prince George visited Wembley stadium along with both of his parents and saw Germany win against England.

During the coronavirus pandemic Prince George has spent much time at home but he still managed to enjoy a special Christmas. He attended the Luminate Christmas light show in December at the Sandringham estate.

His grandmother Carole Middleton also made sure that he got to enjoy a traditional Christmas as far as possible. She took to Instagram for her Party Pieces company and said: “For me, what really matters is that my family feels connected.

“I normally let my grandchildren help me decorate the tree. This year, I’ll ask them by video call to decide which decoration should go where. It may need to be tastefully rearranged later…!”