Watch the moment a rat disturbs parliament in Andalucia 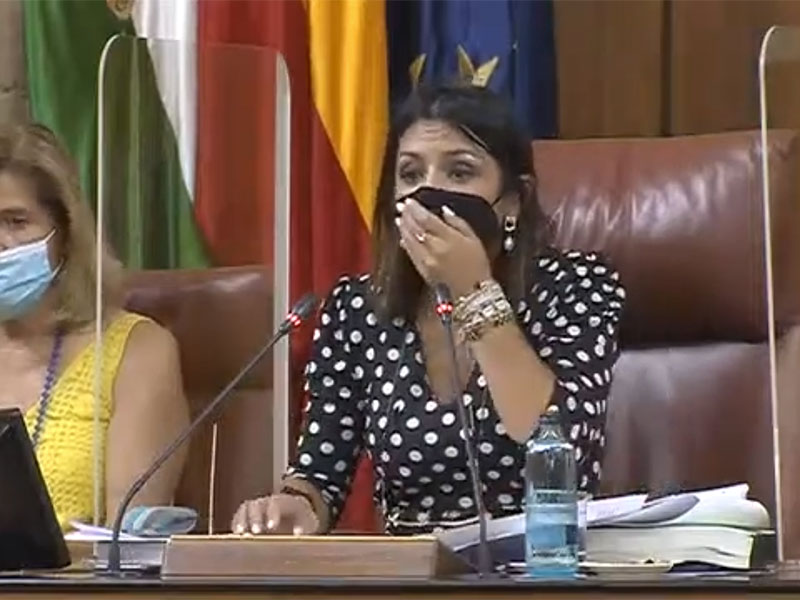 Watch as a rat scarpers across the floor of Andalucia’s parliament sending some politicians up onto their chairs or running.

A rat caused a commotion in Andalucia’s parliament on July 21 just as politicians were about to vote on making Susana Diaz, the former leader of PSOE in Andalucia, a senator.

The president of the parliament, Marta Bosquet, clasped her hand to her mouth with surprise as the rodent made a beeline to where Vox’s representatives sit.

Bosquet, a member of the Cuidadanos, called for panicked politicians to be calm as they jumped to their seats and Ana Mulas, Vox, dressed in grey, made straight for the door.

The rat seemed to be just as unnerved as the politicians and as soon as he could find a way out, he ran, to cheers from parliamentarians.

Andalucia’s parliament is held in the Palacio de San Telmo in Sevilla. Work began on the imposing building in 1682 and it initially served as a university for navigators.

The Junta de Andalucia is run by an occasionally wobbly coalition of the Partido Popular (PP), the Ciudadanos and Vox and is led by the PP President of the Junta, Juanma Moreno. The Ciudadanos’ Juan Marin serves as his deputy president. It is the first time the centre-right has led the regional government in 36 years as the PSOE held a monopoly on power in Andalucia since the end of the Franco era.

Newly minted Senator Susana Diaz led the party to their historic loss in December 2018. The next regional election must be held before January 1, 2023.